If the pets themselves don't get you, their parasites just might. 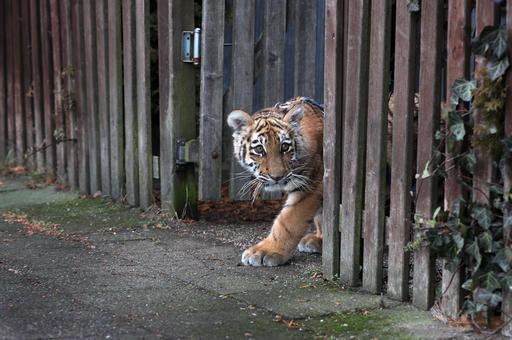 Thousands of Gauteng suburban dwellers are gambling with their safety and health by keeping exotic or wild animals on their properties.

Owners of large cats, such as tigers and lions, run the risk of getting attacked by them, and some of the animals carry diseases and parasites that pose serious health risks to humans and other animals.

They are feeding a multimillion-rand illegal animal trade industry which imports, exports and distributes animals most people have only seen in nature reserves and the wild.

The Citizen is aware of at least six homes in Joburg alone where tigers, lions, meerkats, tortoises, vervet monkeys, caracals, mongoose and African rock pythons are kept as pets.

A white lion cub bought on the black market could set you back R50 000, according to sources in the booming industry, while a Bengal tiger can cost R20 000.

An animal trader, who did not want to be named, told The Citizen that vervet monkeys were one of the most popular wild animals for Joburg’s elite, selling for about R4 000 for a “baby”.

“Usually it’s people with lodges and people who can’t have kids because they are a lot like children. Then you also get a lot of gay couples who approach me.”

The animals are popular in the underground trade, despite it being illegal to keep one as a pet. Keeping wild animals as pets in residential areas is not only a safety hazard but a public health risk, according to experts.

The CEO of the Captured Africa Foundation, Drew Abrahamson, said the growing acceptance of people living with exotic and wild animals was symptomatic of the country’s lack of capacity to effectively deal with wild animal populations.

“There are more than 8 000 lions in captivity in this country alone. The 270 breeding farms form part of this figure as well as animal sanctuaries and other conservation facilities. There are only a handful of good sanctuaries and they only get issued with permits for a limited number of lions and, unfortunately, they can’t go over that limit.”

Keeping wild animals as pets poses a danger to humans.

“Cats have so many parasites that can make you gravely ill. They are often riddled with worms, so if you take your kids to go and pet cubs, they run a heavy risk of contracting tapeworms that can burrow into your intestines and literally eat you from the inside out.”

Smaragda Louw, of animal rights lobby group Ban Animal Trading, said the scale at which wild animals from South Africa were being sold locally and overseas was threatening several endangered and indigenous animals.

She said South Africa was the largest exporter of exotic animals such as the African grey parrot and was known as a source of lion cubs for other African countries, such as Libya.

Martie Rossouw, manager of the wildlife unit at the National Society for the Prevention of Cruelty to Animals, said: “Our biggest concern is for the welfare of these animals. Most often these animals are bought on a whim and their owners have no idea how to care for them. Wild animals are highly sensitive to stress.”

She said incorrect diet, handling and husbandry by inexperienced and unknowledgeable owners often led to the animals’ welfare and mental and physical wellbeing being severely compromised. – Simnikiweh@citizen.co.za