They tried to break the shop’s front windows by shooting at the glass, but failed. 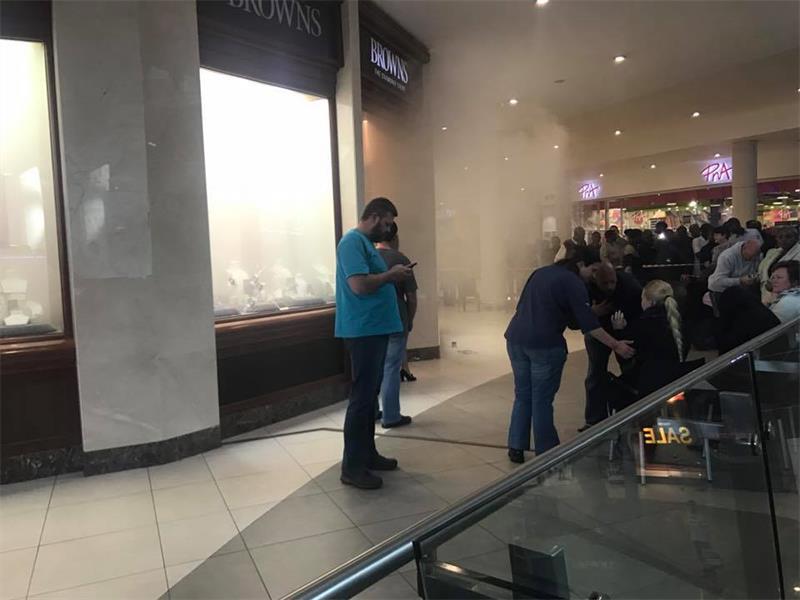 The scene after the shooting took place. Picture Facebook.

On Sunday, July 30, at about 1.30pm, Browns Jewellers in Cradlestone Mall, on the West Rand, was hit by seven suspects who allegedly fired numerous shots, Krugersdorp News reports.

According to Broll Management, seven suspects entered the mall and attempted to enter the store. “A man and a woman entered the store while the others waited outside. They tried to break the shop’s front windows by shooting at the glass, but failed. Due to the efficient reaction of the staff and security, the smoke alarm was immediately activated.”

When ER24 paramedics arrived on scene at about 2.45pm, the security guard was assessed immediately. It is believed he was hit over the head with an unknown object by one of the suspects. He was transported to a nearby hospital for further medical care.

Some of the people in the mall were also treated for shock by paramedics who calmed them down and checked for any alarming vital signs. A pregnant woman was also assessed and transported to a nearby hospital for further medical care. 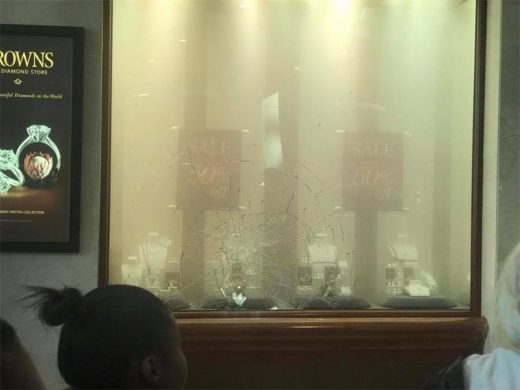 The window of the jewellery store was shot at four times. Picture Facebook. 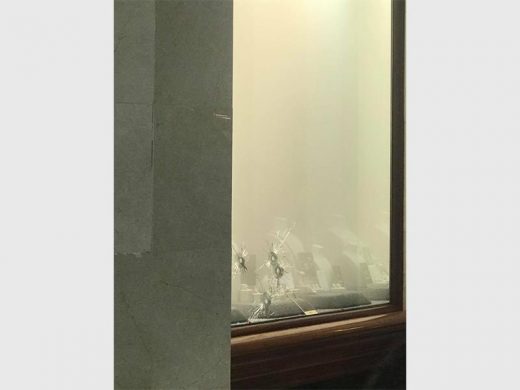 The window of the jewellery store was shot four times on this spot. Picture Facebook.

The exact circumstances surrounding the incident are not yet known, but local police were on scene for further investigations.

Security at the centre remains vigilant, and the safety of shoppers and tenants remains of utmost priority.

“Police are urging anyone to come forward with any information that may lead to the arrest of these suspects.

“Also, do not confront these suspects because they are heavily armed. The Muldersdrift Police can be contacted 011-952-4600,” said Constable Gloria Maswanganye from the West Rand Cluster corporate communications division.

This is the third time the store has been targeted by robbers. The previous attempts occurred in 2014 and again in December 2016.