Ten-year-old boy critical after being knocked over

The driver was left shaken by the incident. 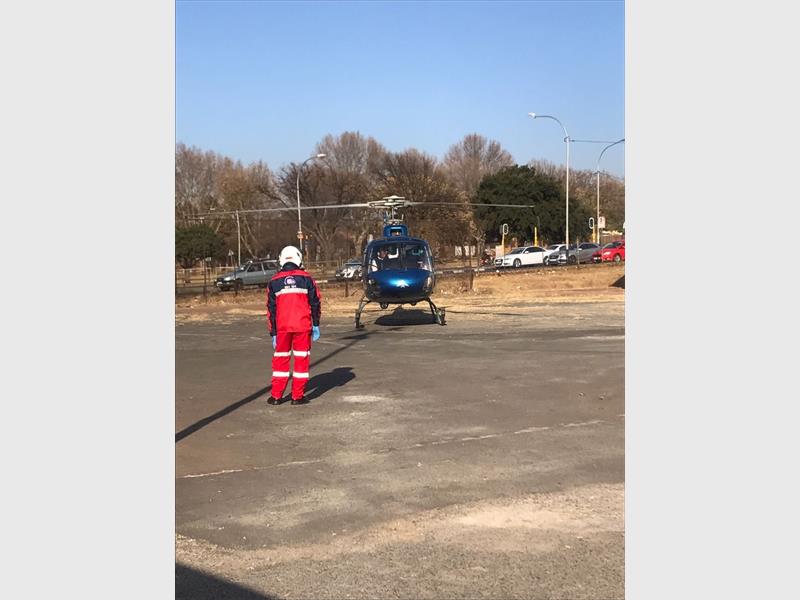 The ER24 Oneplan helicopter airlifted the boy to hospital.

A ten-year-old boy was left critically injured this morning (8 August) on the West Rand after he was knocked over by a light motor vehicle at the Italian and Ackerman roads’ intersection in Newlands, Roodepoort Record reports.

ER24 paramedics arrived on the scene at approximately 7.30am and found the young boy lying in the middle of the road. The vehicle that had hit the boy was found parked a short distance away.

Paramedics assessed the boy and found he had sustained serious injuries to his leg and head, and was in a critical condition. The boy was treated for his injuries and provided with advanced life support interventions. The ER24 Oneplan helicopter airlifted the boy to a nearby private hospital for urgent treatment.

READ MORE: VIDEO: Woman airlifted to hospital after being run over

The driver of the light motor vehicle was assessed and found to have escaped injury, although visibly shaken.

VIDEO: Woman airlifted to hospital after being run over