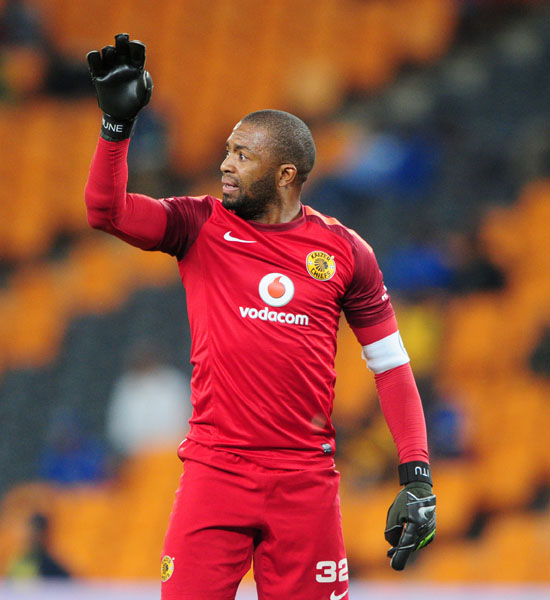 Khune’s Chiefs relinquished their top spot a week ago when they lost 1-0 at home to Mpumalanga Black Aces.

The loss saw fellow title-chasers Mamelodi Sundowns overtake them following a 1-0 win over Bloemfontein Celtic on the same night.

Chiefs are now second behind Sundowns with three points separating them from the Brazilians.

Pitso Mosimane’s Sundowns have 55 points and Chiefs 52, but with a game in hand.

The loss against Aces was their second successive defeat, having gone down to Sundowns four days earlier.

Khune, their captain and first-choice goalkeeper, said his team needed to display their title credentials by beating Polokwane City, who they meet this evening.

“The league is within our reach,” he told his club’s website.

“We have to show the other title contenders that we are still in it by winning against Polokwane City.”

Such talk would suggest Khune is taking City for granted.

But the country’s top goalminder said his team needed to double their efforts:

“One thing for sure is that we have to work extra hard to turn the tables and get maximum points.”

City won’t be easy meat for Chiefs as the PSL rookies have collected five points from their last three matches, which has helped them to allay relegation fears.

Boebie Solomon’s charges are third from bottom with only 24 points from 26 games.

It is a gloomy picture for the side from the north, as favourable results against the defending Absa Premiership champions looks far from a fait accompli.

Perhaps they can take inspiration from fellow rookies in Aces, who beat Chiefs last week with all odds heavily placed against them.

Their plan tonight would be to bring Chiefs’ title ambitions to an abrupt end.