Makro and staff unable to strike a deal

Makro stated its minimum wage is the highest in the retail industry including their current wage offer. 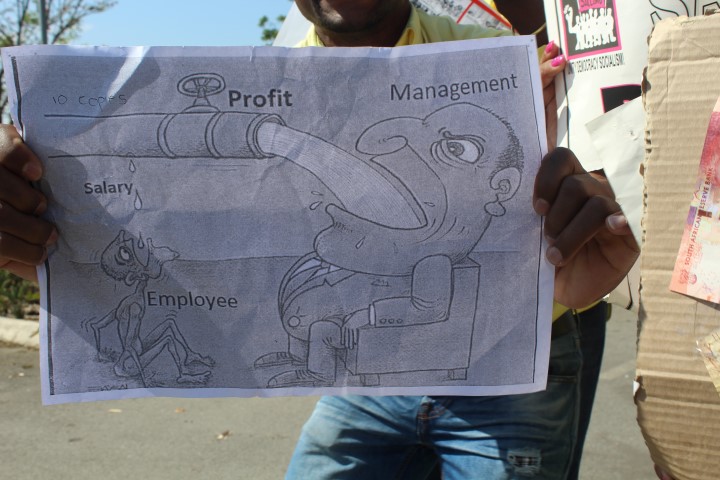 Protester with a placard

Makro staff went on strike today (Friday) due to their pay increases being under seven percent, Lowvelder reports.

Staff members protested by waving placards in the parking lot of Makro in Riverside in Mpumalanga.

South African Commercial, Catering and Allied Workers Union (SACCAWU) Crosby Malumela said they had requested an annual salary increase of about R700 across the board.

“This was not met and life has become so expensive. The staff just cannot survive. Big business is taking advantage of people. There is such a high unemployment rate, people just sign anything to work and then realise they still cannot feed their families and cover food costs,” said Malumela.

He said Makro, which is part of the international company Walmart, had apparently made a profit of R1 billion recently.

Walmart is the second richest corporation after Royal Dutch Shell. 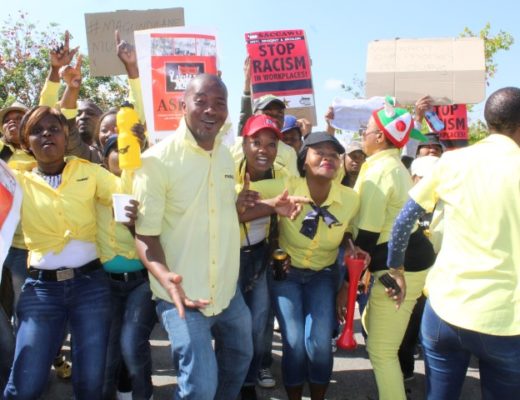 “The industrial action will take place for a 24 hour period. Contingency plans have been implemented to ensure uninterrupted trading in our stores, all of which will remain open. While we are disappointed that we have not been able to reach agreement, we remain committed to working with SACCAWU to resolve this dispute in a constructive manner.”

She said Makro’s minimum wage is the highest in the retail industry, and their current wage offer, which includes the introduction of a new profit share scheme, compared very favourably to recent wage settlements in the sector.

“We continue to be a net job creator, in the context of job losses in the wider retail industry. In fact, we have sought to improve job security by pro-actively converting temporary employees to full-time employees, a process that has touched the lives of more than 2 500 people in our business.”