When Anne and Attilio Dalvit decided to make Durban their holiday destination of choice they had no idea what was in store for them. 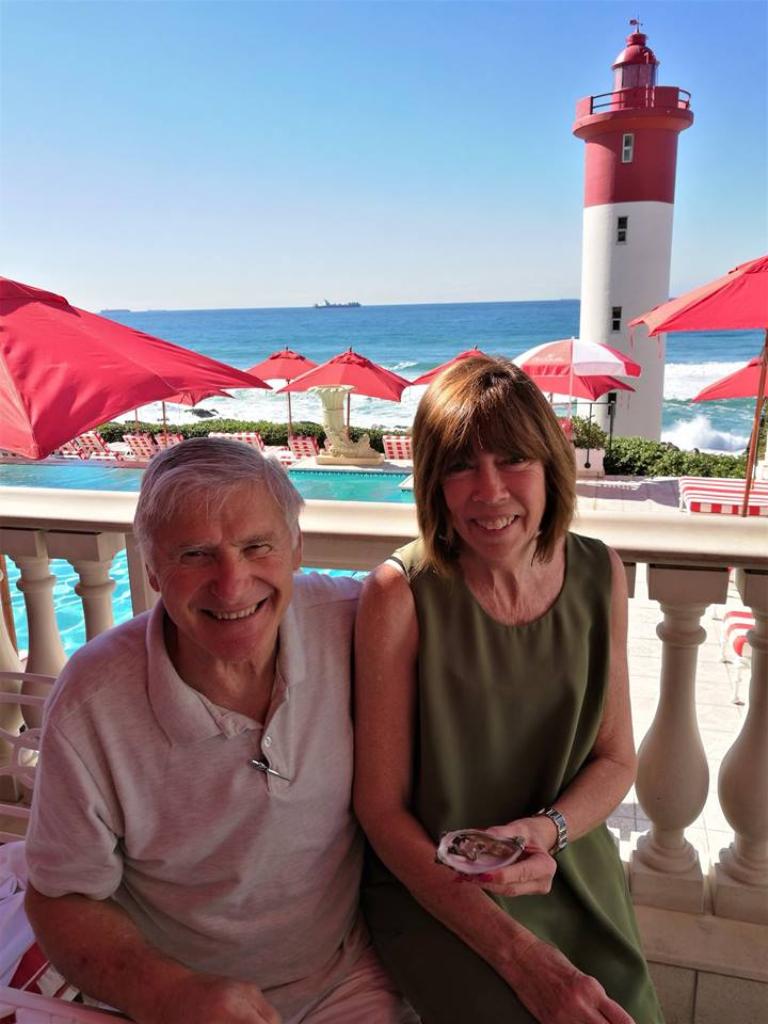 Attilio and Anne Dalvit at The Oyster Box.

The Gauteng couple was celebrating their 40th wedding anniversary and, deciding that the world was their oyster, settled on The Oyster Box Hotel in uMhlanga, Northglen News reports.

It was as Attilio dug into his oyster that their surprise emerged – the couple was lucky enough to discover a pearl – the only jewels on earth created by a living animal.

Attilio said: “I had an idea that it was a pearl,” while Anne added: “I was shocked, and we felt somewhat lucky that day.”

The couple’s words couldn’t be more true. The odds of finding a pearl in an oyster is 1 in 12 000. Traditionally the pearl is a 30th anniversary gift while on a 40th wedding anniversary is handed a ruby.

Despite this, the couple was thrilled to be heading back to Johannesburg with a pearl in their purse.

Pearls can take anywhere from a few months to almost 40 years to develop, depending on the water conditions and the size and type of mollusk.

· Pearls can take anywhere from a few months to almost 40 years to develop, depending on the water conditions and the size and type of mollusk.

· All pearl oysters are born male and transform into females at around three years of age.

· Natural pearls form from a substance called nacre, which is produced by a mollusc in response to damage or injury.

· Virtually all pearls (about 95 per cent) harvested today are cultured or cultivated pearls, meaning mollusks are artificially implanted with small seeds and tended to on a farm. It’s rare to find a pearl of a large size nowadays that forms naturally.