Donating Benoni bunnies to a zoo may be the only option

The municipality suggests it will curtail the increasing bunny population. 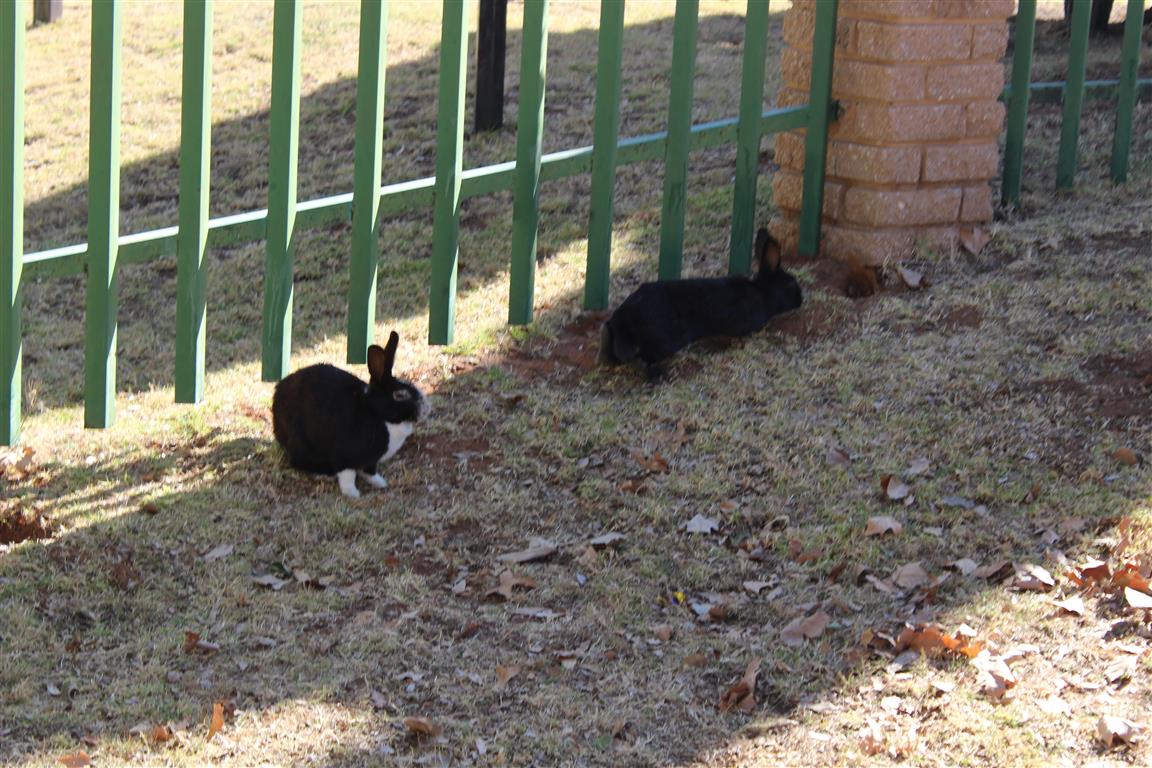 Contained within the papers, the Ekurhuleni Metropolitan Municipality (EMM) said the “excess rabbits” needed to be dealt with as a “matter of urgency”, Benoni City Times reports

“Benoni accordance with the original court settlement, the division has sterilised a total of 805 rabbits out of a possible 4 000 rabbits, at a cost of R350 per rabbit [including VAT] or a total amount of R281 750 [including VAT],” the papers state.

“The division is, however, of the strong opinion that no more than 1 000 rabbits should be sterilised and given up for adoption. It is the division’s opinion that any further costs related to the sterilisation of rabbits could be a fruitless and unnecessary expense.”

It goes on to say that, in order to comply with the original court settlement, only 50 sterilised rabbits remain in the park in a separate enclosure, the division suggests several ways to reduce numbers includes donating the animals to a zoo.

On the rabbits being sent to a zoo, EMM spokesperson Themba Gadebe said: “No decision has been taken. The matter is currently with our political office.”

According to Benoni SPCA manager Vicky Finnemore, she has spoken to an EMM official with regards to the proposal to have some of the animals euthanised.

Finnemore said the bunny population at the Benoni landmark is “out of control”, which might leave humane euthanasia as the only option.

“The SPCA does not condone the killing of animals, but we understand that the problems in the Bunny Park have now escalated to the point where it is no longer conducive or sustainable for animal welfare. The breeding and spread of disease in the park are beyond control and so humane euthanasia will, sadly, be the only solution,” said Finnemore.

Tania Forrest-Smith, who has also heard about the proposed plans and represents the Ward 27 environmental portfolio, said she has opposed the plan on two occasions.

Forrest-Smith agreed that the “out of control situation” of the increasing population needed to be addressed, but she feels it should be done through sterilisations.

She said the rabbit numbers are far too high.

“They [the municipality] can’t do it because of the number of bunnies – it’s impossible,” she said.

Although sterilising the animals and rehoming them would be her first option, she agrees the situation got out of control, and there needs to be a reasonable solution.

“I’m not a proponent of euthanasia at all, but if the animals are suffering, what are we supposed to do?”

He said Ekurhuleni was planning to sterilise all the bunnies before the end of this financial year and hopes to be left with 50 bunnies only.

Running out of homes

Forrest-Smith, who has since resigned from The Public Save The Bunnies Group on Facebook due to ill health, said the new administrators of the group, are focusing on catching rabbits outside the facility.

For years, rabbits have roamed the streets outside the Bunny Park.

The issue of escaping rabbits was again highlighted several weeks ago when Jan de Beer wrote a letter to the City Times. He said people are guilty of feeding rabbits outside the park and that many bunnies are flattened by passing vehicles.

Hugo said members of the public have caught about 100 rabbits over a two-month period.

The group is still rehoming bunnies, but will soon run out of safe havens.

“At some point, all those fostering bunnies will end up with their own bunny park,” said Hugo.

Gadebe said upgrades were continuing at the facility.

• Upgrade to the inlet and outlet

He said R5 million would be spent on the second phase, which is scheduled for the 2017/18 financial year.

Gadebe said the money would be spent on:

• Additional shade shelters for animals and the public

However, ward 27 councillor Jacques Meiring said no money had been set aside for planting pastures.

He said donating animals to the zoo may be the only answer.

“There is no other alternative; every other option has been explored,” he said.

The park will remain closed until the end of Phase Two.