10-year-old saves his family from fire

The family never got any response from the fire brigade. 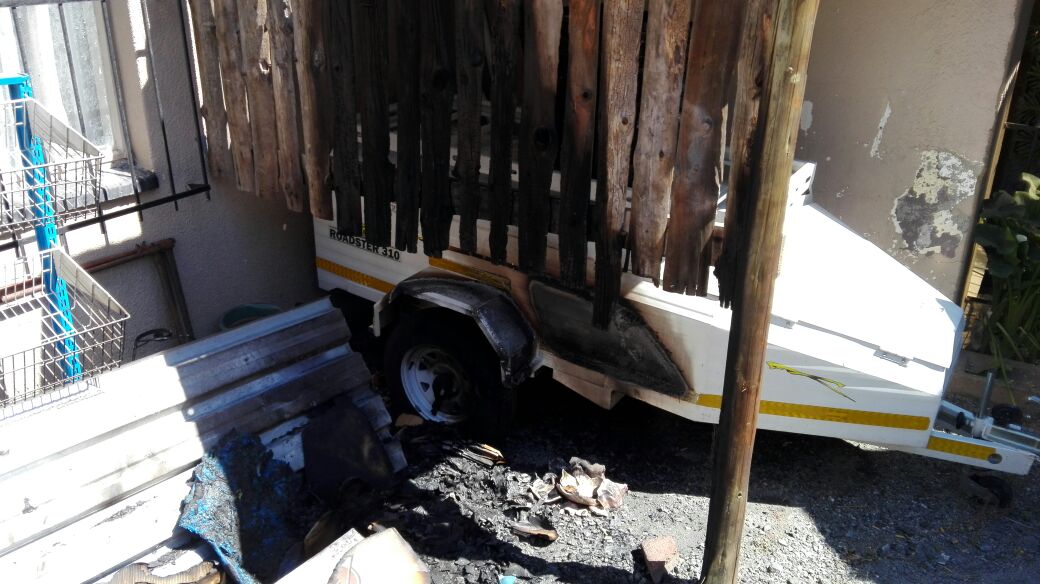 Quick thinking on the part of Christo van Niekerk (10), a learner from Laerskool Goedehoop in Mpumalanga, saved his family’s lives and prevented a fire that began in their yard in Hendrik van der Bijl Street from spreading, Ridge Times reports.

Only a trailer and the area around it were damaged by the fire.

According to Debbie van Niekerk, Christo’s mother, they received visitors at about 5.20pm and were in the kitchen.

Christo wanted to go to the playroom on the other side of the house and noticed something was wrong. He saw a bright light outside the corridor window near the lounge and went to inspect it.

“He immediately informed us when he realised there was a fire. We went outside to see what was going on and saw the fire spreading close to our vehicles. Boxes were burning, but since there was no source which could have ignited the boxes, it is still a mystery to us,” said Van Niekerk.

“Luckily, we had a fire extinguisher and a very long hosepipe and we were able to get the fire under control.” Van Niekerk said they tried to contact the emergency services, but they got no reply at any of the telephone numbers.

“As a last resort, we pressed the panic button, and SSS was quick to respond. They sent a car and contacted the police. The police only arrived after 8pm and told us they had informed the fire brigade. The police said there was only one vehicle available to respond to all emergencies. However, no response from the fire brigade came,” she said.

Van Niekerk described her son as the hero of the day, because he kept his cool and grabbed all the car keys from the key stand. He also told his sister to join him at the far side of the yard to protect them from smoke inhalation.

“What would have happened if the fire spread further, seeing that our own emergency services did not respond? We need to teach our children what to do in case of an emergency, and we should always have fire extinguishers close by,” said Van Niekerk.