Lindiwe Zulu: My vote will definitely go to Dlamini-Zuma

Zulu says the election of the former AU chair as the ANC’s first female president will be historic for the party. 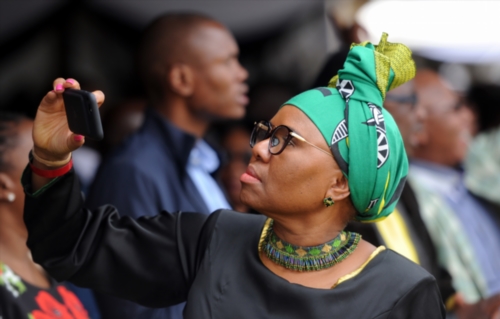 Lindiwe Zulu takes a selfie during the 24th commemoration and wreath-laying ceremony of the SACP and ANC leader on April 10, 2017 in Boksburg, South Africa. (Photo by Gallo Images / Beeld / Felix Dlangamandla)

Speaking to Talk Radio 702 on Wednesday morning, Zulu said she did not want to be found on the wrong side of history for women.

“The fact of the matter is that I will not be found on the wrong side of history for women. We struggled to have this [a female president] for a very long time. We have been calling for this forever, and it’s beyond just talking about Nkosazana Dlamini-Zuma,” she said.

Zulu said the election of Dlamini-Zuma as the ANC’s first female president would be historic for the party.

“He will be a good secretary-general, but that will be decided obviously by the votes. Right now I’m talking about the president because I know that once we have that woman [Dlamini-Zuma] there, everything else will fall in place,” Zulu said.

The long-time leader was re-elected on Monday unopposed as the provincial chairman during the Free State ANC’s controversial elective conference.