In the lead-up to the conference Zuma garnered support from some unlikely bedfellows who have since fallen by the wayside. 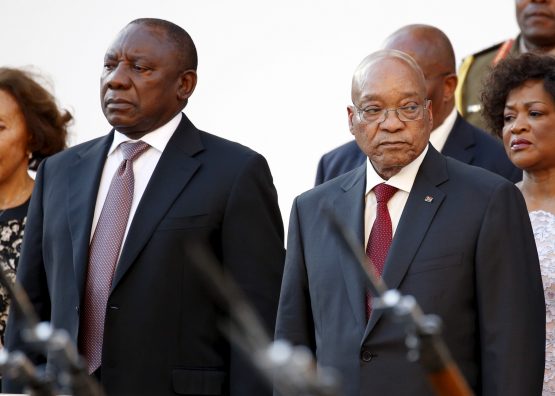 It was exactly 10 years to date when then deputy president Jacob Gedleyihlekisa Zuma ascended to the highest position in the African National Congress (ANC) . Zuma defeated then state president Thabo Mbeki to become president of the ANC.

In the lead-up to the conference, Zuma garnered support from some unlikely bedfellows, who have since fallen by the wayside. Then ANCYL president Julius Malema was a vocal supporter, who at some point accused Mbeki of being aloof and too academic to relate to the masses.

EFF leader Julius Malema and others at the party’s fourth anniversary rally in Durban. Picture: ANA

Those who found Zuma’s rising star objectionable, primarily because of the corruption allegations against him as well as the rape case he faced was former defence minister Mosioua Lekota and former president of the South African Democratic Teachers Union (Sadtu) Willie Madisha. The two became key leaders in a breakaway party soon to be formed called Congress of the People (Cope).

Malema’s explusion from the ANC would also spawn the Economic Freedom Fighters (EFF). Vavi’s sudden change of heart put him on a collision course with his fellow leaders in Cosatu, who were pro-Zuma.

Kicked out of the party for what Gupta leaked emails suggest was an orchestrated political strategy, Vavi would later form his own trade union called the South African Federation of Trade Unions (Saftu).

Nzimande was not be spared either after his continuous public blasting of Zuma’s leadership. He was a casualty of the recent Cabinet reshuffle, where he was removed as the minister and relegated to a backbenchers.

Malema quipped that all Nzimande did as a Cabinet member was grown his tummy and drive around in state-issued luxury cars, and invited him to fight Zuma on the streets. 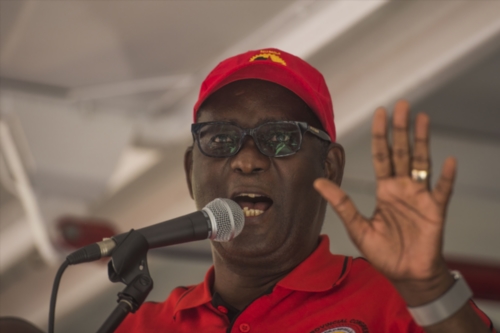 Delivering the closing address at the 52nd ANC national conference, Zuma assured delegates that he would not rock the boat and would find ways to work with Mbeki to avoid “two centres of power”.

“Comrade Mbeki and I both … there is no reason for uncertainty or fear in any quarter. Members of the ANC, first and foremost, will develop smooth working relations between the government and the ruling party assisted by the leadership collective that we both lead. We have taken various resolutions at this conference which will guide us … certainly on how we operate going forward,” he said

Not exactly accurate, Mbeki would later be recalled as the president, and Kgalema Motlanthe installed as a stop-gap head of state until the 2009 national and general elections. Mbeki, who had no qualms informing the public he has aversion towards cellular devices, could be seen fiddling in his pockets during the speech as if to readjust his nonexistent cellphone in the inside pocket of this jacket.

“ANC policies, including economic policies, that have been adopted at this conference don’t indicate a fundamental shift from policies ANC has adopted since it came into power. As the conference was proceeding some of my friends here were asking me ‘what is going to be your economic policy’. The conference is busy concluding policy.

“Comrades and friends the incoming NEC and I accept the mandate you have given us with a full understanding that you can withdraw it any given time if you feel that we are not serving you in the manner that you want to be served. That is the essence of democracy. Leaders lead through the will and graciousness of the people,” he concluded as he led delegates in singing ‘i-ANC iyasejenselwa‘.

WATCH THE SPEECH BELOW: