She regards 'Too late the Phalarope' as her grandfather's greatest literary work. 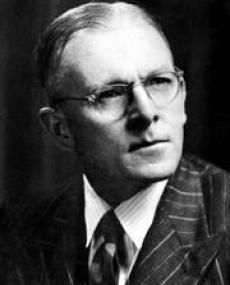 Reacting to Google’s decision to dedicate Thursday January 11, 2018 celebrating her grandfather’s 115th birthday through a Doodle, financial journalist Carol Paton said the family was extremely honoured by the gesture.

Carol Paton told The Citizen even though the family was not officially informed of the honour by Google, “the family though is deeply appreciative of the gesture and very proud that Alan Paton’s contribution to literature and to South Africa has been recognised in this way”.

“There isn’t a better way in which so many people all around the world could be made aware of or reminded of the legacy of Alan Paton and the role he played in bringing to light the inhumanity of apartheid.

“It is gratifying that today the users of Google have been reminded of the values and ideas that Alan stood for an championed, particularly that we all share a common humanity,” she said.

She regards “Too late the Phalarope”, which she described as “a wonderful, probing of the relationship between a father and son in an age where men were not expected to show their emotions”, as her grandfather’s greatest work.

Besides writing, his granddaughter is proud of one other act of humanity, rarely talked about, that she regards as a turning point in this country’s history.

“But apart from literature, among Alan’s most notable achievements was the evidence in mitigation that he gave at the treason trial of Nelson Mandela, which George Bizos says he believed, resulted in Mandela being spared the death sentence,” she explained.

WEATHER WATCH: Joburg underwater after flooding and thunderstorms
1 hour ago
1 hour ago

WEATHER WATCH: Joburg underwater after flooding and thunderstorms
1 hour ago
1 hour ago