Police crew member gets promoted eight years after his death

After a long court battle, the late Tinus Gouws was promoted to captain and his family received back pay as part of a settlement with the SAPS. 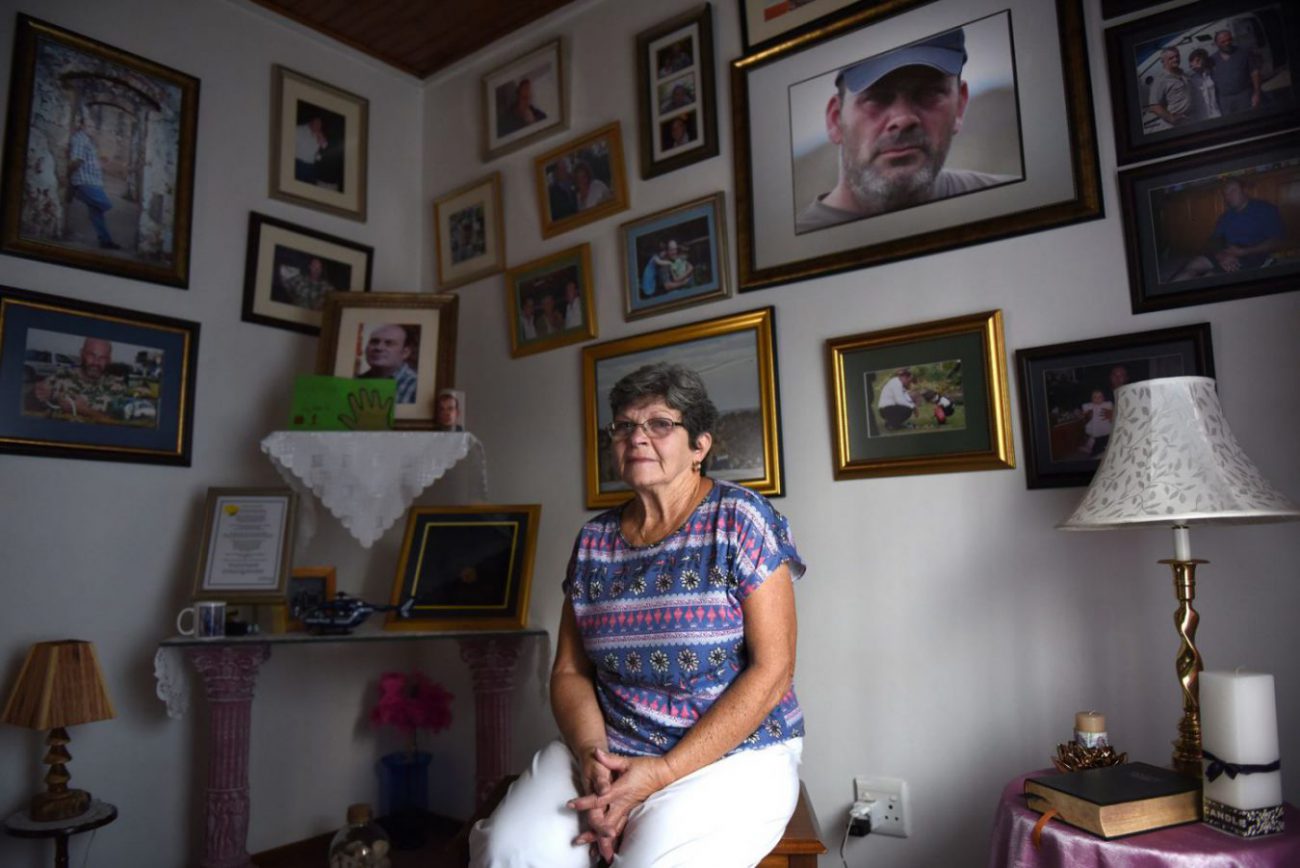 Doris Gouws, the mother of Tinus Gouws, who has been posthumously promoted to captain in the Saps. Picture: Refilwe Modise

A police officer who died almost eight years ago in a gruesome helicopter accident with seven colleagues has taught the police a lesson from his grave when his family won a battle for his promotion.

Tinus Gouws, who was a crew member in the air wing of the SA Police Service (SAPS), was promoted from warrant officer to captain and his family received back pay as part of a settlement with the police.

He was with his colleagues on their way to Emalahleni, formerly Witbank, responding to an armed robbery, at the time of the accident in 2010. The helicopter crashed in the veld and everybody on board was killed.

The new police minister, Bheki Cele, was the national commissioner at the time and he broke down and cried at the scene.

Gouws had served the police for 22 years at the time of his death. In 2009, he applied for the position of captain and was put on the short list. He was then told he was the best candidate for the job, his mother, Doris Gouws, 69, said.

She said her son was later informed that his appointment would not have been racially representative for the specific position in that particular department. Gouws took the case to the Commission for Conciliation, Mediation and Arbitration, but nothing came of it.

After his funeral his mother, with the help of trade union Solidarity, took her son’s fight forward and after almost eight years of court appearances and postponements, the SAPS finally settled and made their first payment last week to Tinus’ widow, Diane, and their children Hailey, 13, and Stephen, 11.

Doris said although they were overjoyed, they were sad at the same time.

“His children miss him and both me and Diane can’t forget or get over his death,” Doris said, crying bitterly.

Dirk Hermann, CEO of trade union Solidarity, said: “It is sad that he only got his recognition for his selfless work and service to the South African public after his death.”

He added the settlement was excellent, but the symbolic value of his promotion was bigger comfort for his family and wife and was worth more than the financial compensation.

“We are grateful to the family for their patience during the long seven-year battle and for their support they gave to Solidarity to bring justice to their son,” said Hermann. “This case is one of seven other cases we are in the process of settling with the police.”