He says the 'crash' was meant to prevent investigators from the SIU from obtaining incriminating evidence. 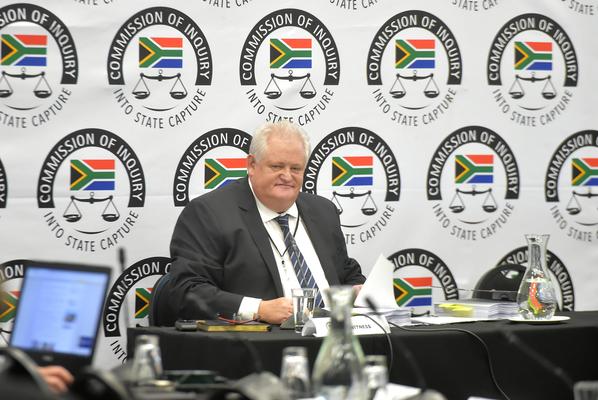 Former Bosasa chief operating officer (COO) Angelo Agrizzi’s testimony at the commission of inquiry into state capture on Friday revealed that the company allegedly crashed its computer systems in order to conceal evidence that could have incriminated the company’s bosses.

This was done to prevent the special investigative unit (SIU) from obtaining incriminating evidence during its investigation into tenders awarded to the company by the department of correctional services.

“That is a fact, that is what happened, it was before the SIU wanted information and there was a suspicious crash,” Agrizzi said.

He said he could not recollect when the “crash” occurred, saying it could have been between 2007, 2008 or 2009, with the latter year being the most likely that it happened.

However, Agrizzi said investigators from the SIU were still able to obtain information from the company’s computer system.

The SIU in 2009 referred a report on the tenders awarded by the department to Bosasa to the National Prosecuting Authority (NPA), however, as recent as last year, the authority had not taken any action.

The tenders awarded to Bosasa were for providing nutritional services to the department, with the company’s subsidiaries Phezulu and Sondolo IT given the tender for erecting fences and installing dysfunctional surveillance equipment in prisons across the country, all of which amounted to billions of rands.

Agrizzi said the “crash” was for the purpose of getting rid of “potentially harmful or hazardous information on the system that we may have not picked up”.

He added that to his understanding, another crash was planned on November 2017 when the company got wind that certain individuals who knew about the company’s dealings and operations were planning on blowing the whistle on the corrupt activities within it.

The inquiry has adjourned and will resume on Monday.

The Commission of Inquiry has adjourned and will resume on Monday at a time to be confirmed then .#StateCaptureInquiry