Unions are ‘holding Eskom – and SA – to ransom’

The utility is estimated to be overstaffed by at least 60% – the heart of its financial woes – which means that job shedding is inevitable, a source says. 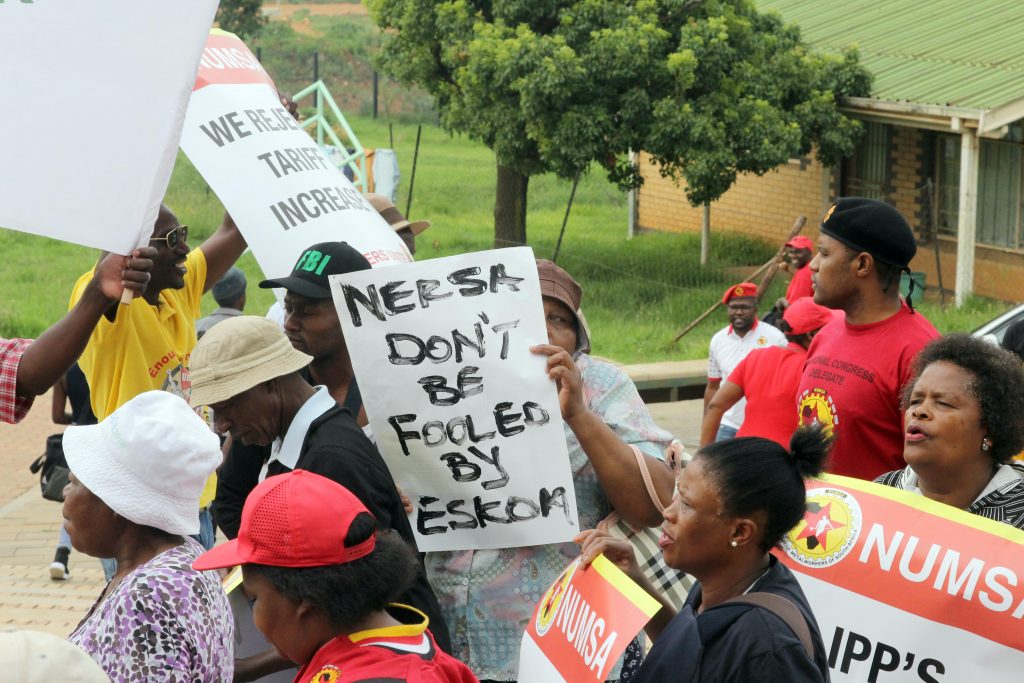 Eskom is being held to ransom, at the expense of the economy and a potential breakthrough in the ailing entity’s finances.

This is according to the owner of an independent power producer, who asked to remain anonymous.

He has accused unions of fighting for surplus jobs at the power utility at the expense of the economy, the financial health of Eskom and the private renewable energy sector.

The producer, who has previously worked with the entity, suggested that the unbundling of Eskom into separate companies responsible for generation, transmission and distribution, respectively, would pave the way for an end to corruption, conflicts of interest and the anti-private sector attitude from the public sector.

Unions have been up in arms following President Cyril Ramaphosa’s announcement during his State of the Nation Address last week that government planned to split Eskom’s business into three separate entities, which would operate as Eskom Holdings.

Leading the call for industrial action against the split, trade union federation Saftu insisted that Eskom’s unbundling was the gateway to privatisation, which in their eyes would lead to over 50,000 job losses.

While the source disagreed with this prediction, he conceded that jobs would inevitably be lost, but some would be absorbed by the development of the Independent Power Producer (IPP) and renewables industries.

He said the biggest pay-off of the impending restructuring of Eskom would be an end to conflicts of interest in the generation department – leading to corruption – and a chance for the entity to ease its debt and distribution burden.

“So, this move will now pave the way for not only privatisation of some of Eskom’s assets, but also for the renewable energy generation industry to take off in the private sector.”

He said the fact that Eskom was estimated to be overstaffed by at least 60% – which was the heart of Eskom’s financial woes – meant that job shedding was inevitable.

Saftu secretary general Zwelinzima Vavi argued that there was a sinister agenda behind the split which would lead to the privatisation of the entire energy sector.

“That is exactly where we are going with this – it is privatisation through the back door. The real reason why we are breaking it up is so that they can weaken it first and then sell it. The IPPs will destroy Eskom’s transmission capacity in this way,” said Vavi.

The power producer argued that a trade-off would have to be made in order to save the economy from tanking, with Eskom’s mounting debt crisis standing at over R450 billion.

“That is the choice that the country has to make. Do they want to develop the economy and the industry and avoid the mounting debt, or do they want to save these jobs and possibly cripple the economy?”

Meanwhile, Eskom spokesperson Khulu Phasiwe has shot down reports of possible sabotage in the failure of eight generation units, which plunged the country into stage four load shedding.

“The reason for the load shedding is a technical fault and nothing else,” said Phasiwe.