The exciting Sharks fullback, who's already made a steep rise at senior level, won't let concussion get him down. 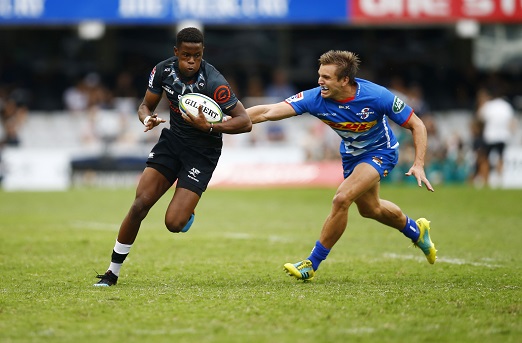 Call it the fearlessness of youth.

It didn’t take Aphelele Fassi long to have his first brush with rugby’s biggest scourge at the moment – concussion.

Two matches into the current Super Rugby campaign, the 20-year-old Sharks fullback had to sit out two weeks to recover.

ALSO READ: Only a win can soften Bulls embarrassment

Given the high-profile case of former Kings Park darling Pat Lambie, who retired earlier this year at age 28 due to persistent symptoms related to multiple concussions, Fassi already has reason to be spooked a bit.

“It’s not something that weighs on my mind since I’ve come back,” said Fassi.

“I, honestly, just don’t think about it. I just try to play the game when I’m on the field.”

It doesn’t mean though that the gifted runner, who’s made a meteoric rise to an almost automatic starting place after only making his senior debut in last season’s Currie Cup, is blase when it comes to such an injury.

“You obviously have to be cautious and I’m one that’s all for it,” said Fassi.

“The medical staff played a huge role. I got two weeks off and really rested my mind too. Last weekend’s 51 minutes was a bit of a step up again. Safety comes first. Concussion is going to be part of a player’s career constantly.”

While he admits that his promotion to the Super Rugby match squad came as “a bit of a surprise”, it’s interesting that the former Dale College pupil doesn’t consider the Southern Hemisphere tournament fundamentally different to the Currie Cup.

“It’s a step up, definitely. But I wouldn’t say in terms of physicality and speed of the games,” said Fassi.