Cyclist killed after being hit by van in Roodepoort

The man succumbed to his injuries on his way to hospital. 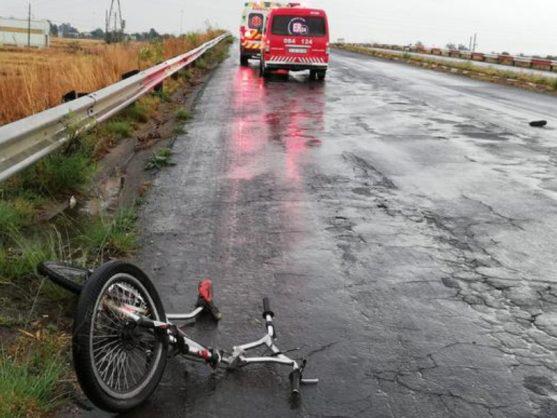 A 68-year-old man from Roodepoort was knocked down by a panel van while cycling in Horison on Sunday morning, reports Roodepoort Record.

According to ER24, the cyclist was riding on Ontdekkers road near Mouton Street in Horison when he was knocked down.

Paramedics from ER24 arrived on the scene alongside other emergency services, where they found the cyclist lying in the middle of the road. The man sustained critical injuries and was placed on life support. An emergency medical helicopter was called to the scene to airlift him to hospital for further care.

ER24 stated that the exact circumstances surrounding the collision were not yet known. Local authorities were on the scene.

Beeld reports that the victim’s name is Willem Fourie, a physiotherapist based in Roodepoort. Witnesses claimed that another car caused the crash. First Help paramedics said Fourie’s bicycle was completely destroyed, and the side of the van was damaged.