Chris Morris: I’m not angry at anyone for not being picked

Instead, the Proteas all-rounder wants to make sure he makes his last-gasp waltz into the World Cup squad count. 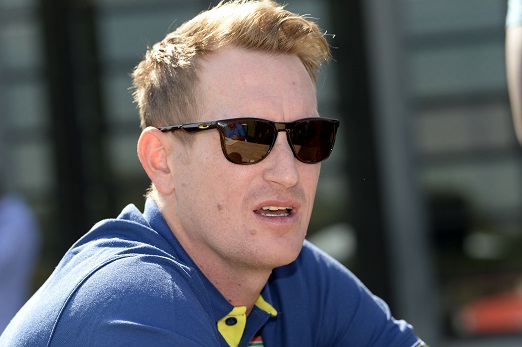 Given his last-gasp inclusion in the Proteas’ World Cup squad at the expense of the injured Anrich Nortje, Chris Morris has, unsurprisingly, already been frequently asked about his slice of luck.

“Of course it was a bit of a shock to the system,” the lanky all-rounder admitted on Thursday in Hatfield, where South Africa are finalising their prep for the showpiece at Tuks’ High Performance Centre.

“It’s never nice to see someone get injured, so my first reaction was actually being heartbroken for Anrich. For a guy to miss out on the World Cup because of a broken finger is never fun … or any injury for that matter.

“It’s really nice to be here. I’m not taking anything for granted. I’m going to enjoy every day here like I should.”

Interestingly, Morris doesn’t come across as a proverbial eager beaver now that he’s been granted an unexpected chance to help the Proteas achieve glory.

That could be explained by the fact that a frank conversation with the national selectors in January put him at ease that he shouldn’t expect a call-up.

“During the T20 series against Pakistan, I had an honest discussion with them,” said Morris.

“I really just wanted to know where I stood in terms of World Cup selection, because it’s something that does grab hold of you a bit. You’ve got the thought of what you’re performing for constantly at the back of your mind.

“There was so much noise about selection that I just wanted a bit of clarity.”

And he certainly got it.

“I wasn’t in line for the World Cup. I was behind a couple of players in the pecking order. I could appreciate the honesty and I understood the decision. There were guys that were performing better than me,” said the 31-year-old.

“You do feel a bit out of it, it takes a bit of time to accept. It happens, I’m not the first and won’t be the last. I moved on and just enjoyed my cricket. You find any animosity here for not being picked initially.”

One can expect Morris then to be as wholehearted as ever to “validate” his own selection, which is a mouthwatering prospect given that some observers believe his inclusion is probably a righting of a wrong.

In a predominantly steady, reliable group of players, his X-factor stands out.

But he’ll need to address the inconsistency that has blighted his international career.

“Maybe it’s down to a bit of overthinking. This game tends to be quite simple and it’s you (the player) that overcomplicates it. I have been inconsistent, there’s no beating around the bush with that one,” said Morris.

“However, it is in the past. I’ve matured another year and it’s amazing what you learn in a year’s time. It’s very humbling.”