But only time will tell if that's mere talk as they take on the Crusaders this weekend. 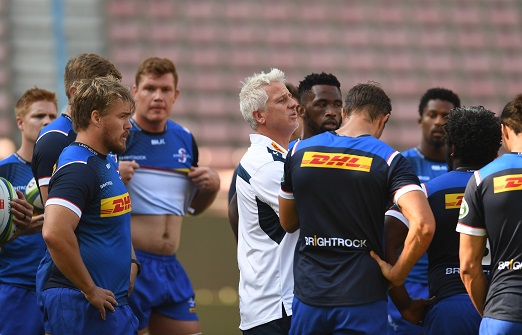 Last weekend, Western Province Rugby’s chief, Paul Zacks, rather dramatically stated in a media release that the Stormers could take “inspiration” from Liverpool and Tottenham in their quest to stay in the hunt for the Super Rugby playoffs.

In addition to the undeniable corniness of the analogy itself, Robbie Fleck’s team isn’t exactly any of those two English sides.

They’re not pushing for league titles.

In fact, they’re sitting rock-bottom in the South African conference as another season of high expectations but little substance fizzles out.

Yet Fleck, without joining in Zacks’ fun, remains optimistic that the Stormers can indeed produce their own Lazarus-like comeback with “four or five wins” from their remaining, well, five matches.

That’s not exactly an easy aim when that sequence starts against the ruthless Crusaders at Newlands on Saturday.

“There are five games left and we’ve done the sums and discussed it with the players. We certainly are playing well enough to beat some of the best teams in the competition. This weekend will be a real test for us in terms of whether we can achieve something like that,” said Fleck.

“We’ve got to believe that, and we do believe that. This will really be a Rubicon moment, testing ourselves against a quality outfit. If we can get a win against the best team in the competition, surely that would set us on the right track for the competition.”

A key aspect the Stormers will need to get right is balancing fearlessness with responsibility.

“The no-fear part of it has got to come into our game,” said Fleck.

“We certainly have to play a tactical game, but if you play with fear against a side like the Crusaders then you are not going to win.”

The former Springbok centre also noted that he feels emboldened after the WP hierarchy gave them his public backing in the Zacks release following speculation that he would sacked after the loss to the Jaguares two weeks back.

Fleck’s contract ends after this campaign and he’ll already be replaced by assistant John Dobson in 2020.

“Obviously when you get backed by the bosses it brings confidence into the group. I certainly appreciated the support. It helps with the motivation going forward. We’ve gone about things the right way this week.”