It certainly was a contrast of styles as the Durbanites claim a vital derby win. 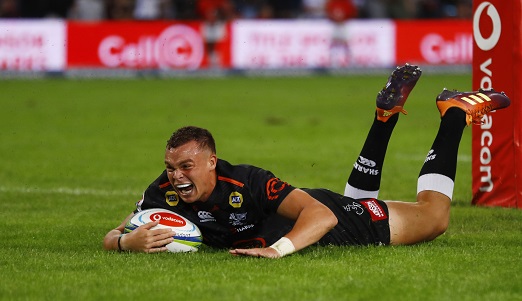 With their powerful pack in menacing form, the Sharks used their opportunities well to beat the Lions 27-17 at Kings Park in Durban on Saturday in a riveting Super Rugby contest.

Despite being on the back foot for significant periods, the hosts showed composure and class at vital stages in repelling a Lions side that made much of the play.

The turning point arrived in the 60th minute when Sharks wing Makazole Mapimpi intercepted close to his own line to run almost the length of the field for a decisive lead after the visitors had hammered away in search of their own score.

Lions centre Lionel Mapoe was in great form, creating numerous chances on attack as he put immense pressure on the Sharks defence. He scored his side’s first try and went on to play a defining role in their second try scored by flank Cyle Brink. He was cruelly denied a second try 10 minutes from time after a great defensive effort from Mapimpi.