Swys hopes Bulls get a fair deal in Wellington

The Lions coach believes his neighbours need to be wary of the Hurricanes' controversial breakdown tactics in this weekend's playoff. 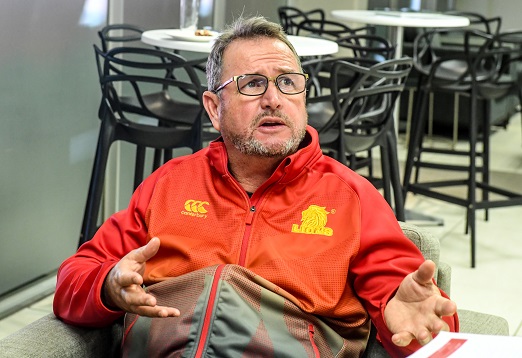 Lions coach Swys de Bruin hopes perennial rivals the Bulls get a “fair deal” when they face the Hurricanes in the Super Rugby quarterfinals in Wellington this weekend.

The Lions missed out on the playoffs for the first time since 2016 after being hammered by the Bulls in a 48-27 defeat at Loftus Versfeld on Saturday.

“I must be careful about what I say, but the Bulls will have to watch the breakdowns and offside lines,” De Bruin said.

“The Hurricanes recently got away with a lot against us, so I hope they get a good deal.”

With the Sharks also qualifying for a quarterfinal clash against the Brumbies in Canberra, De Bruin said it was great to have two local teams in the playoffs.

“It would have been nice to have a third team there, but for three years we have been the only team to wave the (SA) flag and now we have two teams there, so from a Springbok point of view it looks positive, very rosy,” he said.

The Lions mentor wished the Bulls and the Sharks well in their tough away games, as they targeted spots in the penultimate round.

“The Bulls are a good side and have a good spine and they’ve got good decision-makers. They stay calm under pressure and they showed it on tour, so if there’s one team that deserves it, it’s them.”

Despite missing the play-offs by one point, De Bruin did not believe his side had taken a step backwards this year.

“We have lost 13 players and introduced 11 Under-21 players, so I don’t believe we have gone backwards and I am very excited.

“It’s bad that we lost (at the weekend) but tomorrow the sun will shine again and we have young talent coming through.

“Malcolm (Marx) and a few others are going to the World Cup but most of the guys are still here for the Currie Cup, which we will focus on now.”

Meanwhile, contract negotiations between the Lions and flyhalf Elton Jantjies were expected to be concluded by Wednesday.