We haven’t silenced Buang Jones, just asked him not to speak about Etzebeth – SAHRC

Jones is a nominee for the position of deputy public protector. 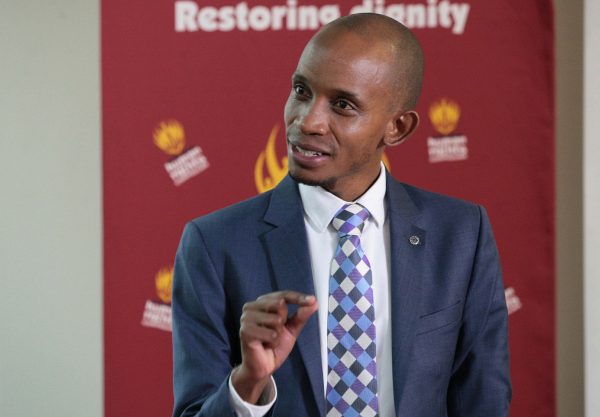 The South African Human Rights Commission has denied that it has silenced its acting legal head Buang Jones.

It has, however, instructed Jones to “stop making any further media commentaries” on Springbok lock Eben Etzebeth’s case, pending an investigation into Jones’ statements.

Speaking to News24, advocate Bongani Majola, the commission’s chairperson, confirmed that there was an ongoing investigation into statements made by Jones which were reported in the media.

“The commission has not silenced Mr Buang Jones. Commissioners met on Monday this week, in light of media statements attributed to him in relation to the Eben Etzebeth matter.

“The commission is concerned about the nature of some of the statements made on its behalf.

“It therefore decided to do an urgent and full investigation into those statements and to make a determination whether they are indeed his statements, and determine the context in which they were made,” Majola said.

He added that, once the investigation was complete, they would decide on a course of action.

Complaints had been laid against the SAHRC regarding the Etzebeth case, Majola said.

They alleged “that the commission may be prejudiced in this case, judging from these statements allegedly made by Mr Jones”, Majola said.

“In this regard, the commission has repeatedly said that it is not prejudiced. As already stated, it finds the statements problematic, hence the above mentioned investigation,” he added.

While Jones is a nominee for the position of deputy public protector, Majola said this was not relevant to the investigation.

Etzebeth has been accused of using a racial slur while he and a group of friends were at a Langebaan pub on the West Coast in August this year. The incident also involved two men allegedly being pistol-whipped, News24 reported.

Etzebeth has denied the allegations on his Facebook page.

‘Used to getting away with murder’

While in Langebaan, Jones addressed the matter and said the SAHRC was not concerned with an individual’s status in society, “whether you are Eben Etzebeth, Adam Catzavelos or Angelo Agrizzi”.

He also claimed to have received more evidence from community members that Etzebeth had been involved in similar unrelated incidents.

“He always got away with it. But this time around, it stops here,” Jones added to thunderous applause, News24 reported.

TimesLive also reported that Jones had reportedly said that Etzebeth “was used to getting away with murder”.

Jones’ comments were criticised by the FF Plus, while the Afrikanerbond on Tuesday complained to the commission about his conduct.

Jones also confirmed that the complaint had been laid against him, in a tweet on Tuesday night.

Western Cape commissioner Chris Nissen meanwhile said there was nothing untoward about the SAHRC representing complainants in the case against Etzebeth, as legal representation is one of the functions that the commission performs.