IPSS spokesperson Paul Herbst said rescue operations had to be performed after bodies were trapped in the vehicle. 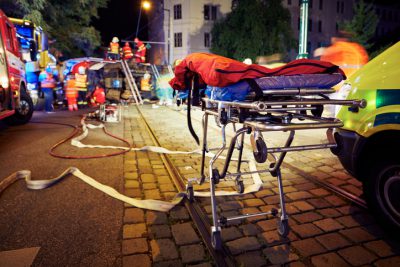 Seven people have been killed and 15 others injured after a taxi rolled down an embankment on the R102 in Umhlali, north of Durban on Friday.

IPSS spokesperson Paul Herbst said rescue operations had to be performed after bodies were trapped in the vehicle.

According to Herbst, one victim of the accident was found under the taxi and a number of people are being treated for various injuries.

“Police search and rescue have arrived to help with extrication. At this stage we confirm seven people have died in this tragic incident,” Herbst said.

The vehicle was carrying 22 people.

Motorists are advised to expect delays along the R102 at Shakaskraal.

Authorities are investigating the cause of the accident.

By Christmas Eve, Minister of Transport Fikile Mbalula confirmed that a total of 589 people had lost their lives on the roads over the festive season thus far.

At the time, he said the majority of deaths were pedestrians followed by passengers, and then drivers and cyclists.