A Vukanini Taxi Association chairperson said the killings brought back memories of apartheid, where people were randomly shot and killed. 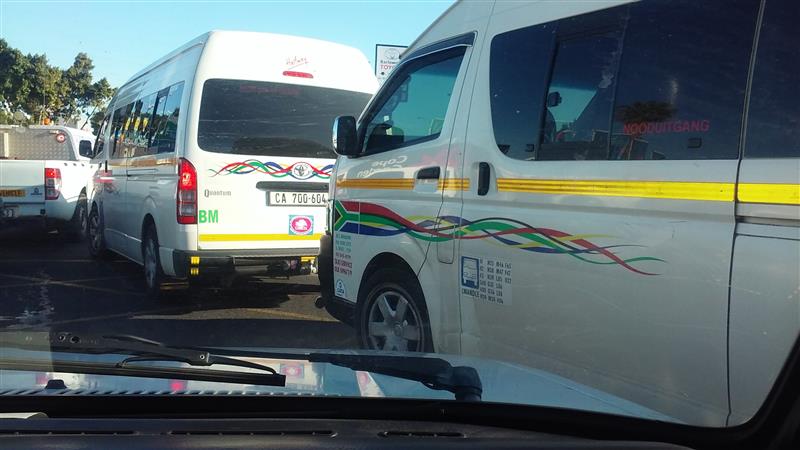 A taxi association is Secunda is seeking justice after four of its members were shot and killed, allegedly by police officers, on Wednesday in Emablenhle.

Sibanyoni said two of their drivers had died on the scene, while two others later died in hospital.

Six other drivers had been critically injured, he added.

Sibanyoni said the killings were sparked by their ongoing disagreement with a passenger bus company Megabus, which is operating in various parts of Secunda.

He claimed that the company was pushing them out of business.

Sibanyoni said the company was increasing its fleet of buses in the area, despite their agreement five years ago that it would only operate with 110 buses, and leave space for taxi operators.

“Since the company is getting subsidy from the provincial government, it wanted to use that as an opportunity to kill the taxi business here in Secunda. Some of their passengers, including school children, ride for free because of government subsidy.

“The company later added 59 more buses to increase their fleet to 169. With such a number of buses operating in our area, there is no way that we were going to earn a living and our vehicles were going to be repossessed and drivers be unemployed,” he said.

Sibanonyi said they had met with Megabus earlier this year and asked the company to stick to their agreement of operating with only 110 buses.

He claimed that Megabus refused to decrease its fleet, citing that it would be forced to retrench drivers.

“The company claimed it had employed more people and each bus had three drivers designated to operate. Those drivers were working on a shift basis. But we complained to them that their action was pushing us out of business.

“We then met again on Monday, together with government officials, where we outlined our problems with Megabus. On Tuesday, two of our drivers were then arrested for no reasons by the police.

“On Wednesday, when we were in town to meet with our lawyers, our drivers decided not to operate and parked all our cars at a taxi rank in Embalenhle,” he said.

An emotional Sibanyoni claimed that members of the police Tactical Response Team, popularly known as Amabherethe, had arrived at the rank and ordered drivers to lie on the ground before opening fire on them.

“All those TRT officers covered their faces with black cloths and opened fire at our members, unprovoked. One of our drivers was shot in the head and killed by a female police officer for only looking at her in the eyes.

“The officer asked him why he was looking at her, before shooting him with a machine-gun in the head. Two died on the scene and two later died in hospital. Our members were ambushed by people who were supposed to protect and ensure that there is peace between us and Megabus,” Sibanyoni said.

He said they had opened cases of murder and attempted murder with the Independent Police Investigative Directorate (IPID).

“We are not a violent association and will not avenge their deaths, we will rely on our law to play its part. We want all those police officers who killed our men to be arrested and sentenced. We are living under a democratic government, not an apartheid one.

“I still ask myself that when I voted for this government, was I dreaming or I was drunk, because this is not what we voted for. We voted for a caring government that is meant to protect us, not to kill us,” Sibanyoni said.

IPID spokesperson Sontaga Seisa confirmed that they were investigating a case where police officers had allegedly discharged their firearms in the Embalenhle area, Secunda, on Wednesday.

Seisa said it was alleged that there were skirmishes between the police and civilians in the area, which are believed to have emanated from differences between taxi operators and a bus transport company.

“Apart from the deceased, there are other several people that got injured and we are approaching them to depose their affidavits. We cannot tell the exact number, but they are above five. Some of them are being medical treated in various medical facilities.

“At this point in time, it is unclear as to which firearms killed the deceased, as there are other unverified versions that suggest that other non-police people might have discharged their firearms as well.

“This is a developing story that certain allegations might change as new information is received and verified. We are investigating murder and attempted murder charges against the police to uncover if they are involved or linked in these incidents. No [arrests have] been made,” said Seisa.

Megabus was approached for comment, but had had not done so by Saturday.

Their response will be added as soon as it is received.