'We call on commuters to treat drivers, male or female, with respect because they are not responsible for the state of the rail agency.' 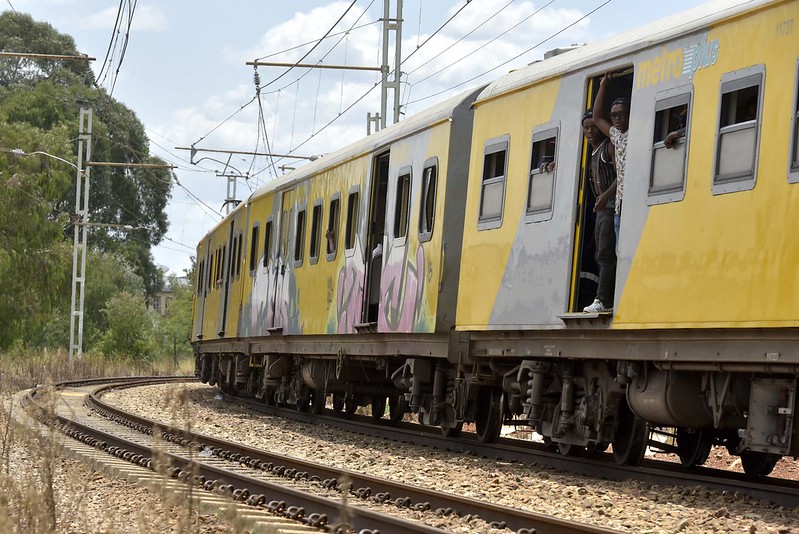 The SA Transport and Allied Workers Union (Satawu) says it is not the fault of train drivers that Passenger Rail Agency of South Africa (Prasa) infrastructure is dilapidated and causing delays.

It also called on people to respect Prasa staff after a female driver was stoned by irate commuters in KwaZulu-Natal.

Nonhlanhla Dlamini, a 38-year-old mother, was hit on the head when commuters threw stones at her after she refused to stop the train between stations near Briardene while on the Durban to Stanger run on Tuesday morning.

The United National Transport Union, of which she is a member, said she had to get stitches on her head, adding it was not the first time she had experienced such an ordeal.

A traumatised Dlamini’s first thoughts were of her children, worrying what they would do if she did not return home.

Satawu said she was not the first person to be attacked by commuters, adding it had appealed to Prasa to put measures in place to safeguard staff.

“Prasa workers are constantly under siege, partly due to the dilapidated infrastructure and shortage of trains that results in them arriving late or not at all.

“However, attacking a driver for not stopping between stations will not find sympathy with us.

“We call on commuters to treat drivers, male or female, with respect because they are not responsible for the state of the rail agency.”

Satawu also noted the Shosholoza Meyl between Cape Town and Johannesburg had been suspended following last Wednesday’s fatal crash that left one person dead on the tracks near Bonny Doone Road in Horizon, Johannesburg.

A railway safety regulator (RSR) preliminary investigation found the premier class train was authorised to enter the line at Horizon station while the goods train was stationary on the same line.

Satawu said, according to the report, the RSR had found that a section manager was not on duty when the collision occurred when it checked the manual authorisation on the line, which required a sign off.

The long-haul train was also found to have been travelling at 60km/h when the speed limit is 30km/h.

“In arriving at its decision, the RSR recounted six train accidents from February 2017 to March 2019, saying it was clear there were inherent substandard acts committed during the manual authorisation. Four people died and 1,630 were injured in those accidents,” said the union.