None of the passengers have South African passports. 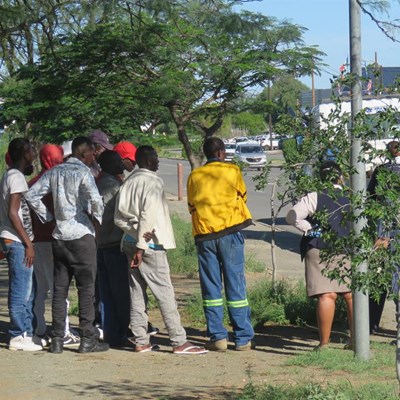 The fate of 10 undocumented Zimbabwean migrants, who were locked up in Graaff-Reinet, is in the hands of the department of home affairs.

The Zimbabweans were en-route to Port Elizabeth when the police pulled over their vehicle as they left Graaff-Reinet.

The vehicle was towed away by the police for safekeeping, reports Graaff-Reinet Advertiser.

None of the passengers have South African passports. The driver told the Advertiser that he is not scared of the virus. He said he was taking the passengers to an orange farm near Port Elizabeth where they were destined to work.

A doctor and nurses were called to the scene to monitor the situation.

All 10 passengers were taken to Midland Hospital to be tested for Covid-19. With the results not known, they were locked up in the local police cells as immigrants.

Police Spokesperson Captain Bradley Rawlinson said on Monday 30 March that the case is in the hands of the department of home affairs who will have to decide whether to deport them back to Zimbabwe.