On Friday, the LRC wrote a letter to the City, giving them an ultimatum to halt all evictions in the metro or face court action. 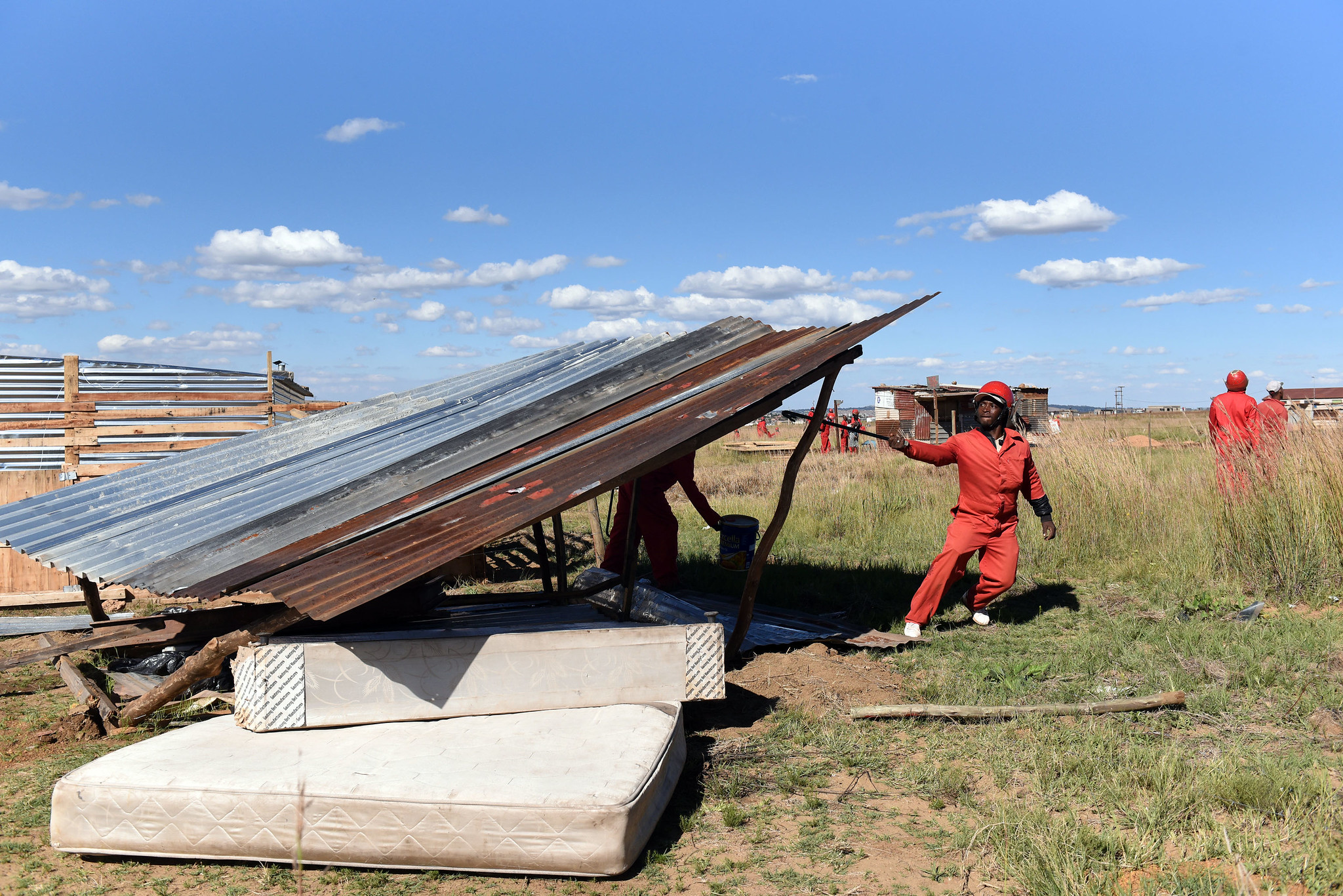 Picture for illustration. Shacks being destroyed at a squatter camp in Lawley outside Ennerdale in Johannesburg, 16 April 2020, by Red Ants under the watch of JMPD on the 21st day of the national shutdown. Picture: Nigel Sibanda

The Legal Resource Centre (LRC) says it plans to launch urgent court proceedings in the Western Cape High Court against the City of Cape Town regarding its anti-land occupation policy.

On Friday, the LRC wrote a letter to the City, giving them an ultimatum to halt all evictions in the metro or face court action.

It has been instructed by the South African Human Rights Commission (SAHRC), the Housing Assembly and Bulelani Qolani, who was filmed naked in an altercation with law enforcement when they allegedly tried to demolish his shack while he claimed he was bathing.

While the City replied to the letter, the LRC said the City’s response was “dismissive”.

“[It] does not address the substance of our letter and request for an undertaking that they will desist from evicting and demolishing informal structures for the duration of the lockdown.

“They have also not provided us with an undertaking that their ALIU [Anti-Land Invasion Unit] will desist from effecting evictions in a cruel and degrading manner in violation of basic human rights.

“We will now proceed with launching urgent proceedings in the Western Cape High Court,” LRC spokesperson, Thabo Ramphobole said in a statement on Monday.

Ramphobole also raised concerns around the attorneys that the City had instructed to represent them which, according to the LRC, are the same attorneys the City appointed to conduct an independent investigation.

“These are the very same attorneys that were also on record in the earlier case bought by the LRC in the Empolweni evictions,” Ramphobole said.

When approached for comment, the City of Cape Town forwarded a statement that in terms of a High Court order, which said it may remove any new structures erected on the site.

It reiterated that no evictions had been carried out.

“Only 49 structures have been temporarily allowed to remain by the High Court. This is monitored on an ongoing basis. To date, no evictions have taken place on the site, only anti-land invasion operations,” said Mayco member for human settlements, councillor Malusi Booi.

It did not respond to queries surrounding the LRC or questions raised regarding its legal representation.