The party vowed to challenge the ruling, which set aside embattled Public Protector Busisiwe Mkhwebane’s report into the unit 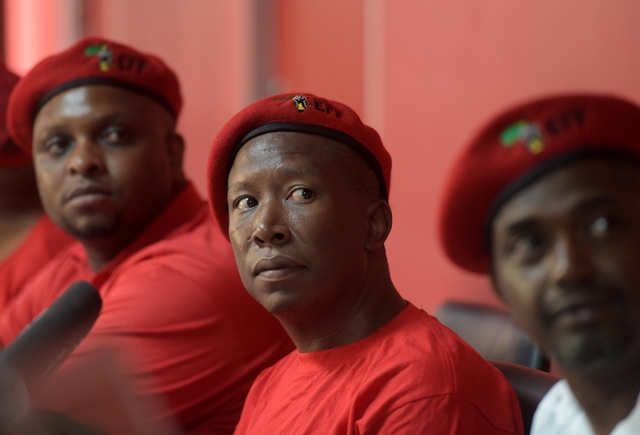 On Monday, the court set aside embattled Public Protector Busisiwe Mkhwebane’s report into the unit, rejecting her findings against then Sars commissioner Pravin Gordhan and his role in its founding. The EFF blasted the court in a scathing statement, suggesting the court fundamentally misunderstood the Constitution as it dealt with national security and human dignity. The party vowed to challenge the ruling in the “highest court in the land”.

“The North Gauteng High Court also makes a fundamental mistake of thinking national security does not include criminal activities such a combating illicit trade,” he argued. “In any case, which judge in their rightful mind thinks illicit trade does not rob the country of its tax revenue funds and that it does not constitute a threat to national security or state security?

ALSO READ: Mkhwebane’s head is on the chopping block

“The central thesis of the judgement is that Sars is justified to collect covert intelligence because the then National Intelligence Agency Act does not cover Sars when it prohibits the establishment of units other than the NIA to combat threats to ‘national security’”, the statement charged.

“The court even absolves the agency from the prohibition stated in Section 209 (1) of the Constitution,” the statement continued, adding that “any intelligence division of the defence force or police service may be established only by the president, as head of the national executive and only in terms of national legislation”.

The party also wrote to Parliament’s standing committee on intelligence to have it conduct its own investigation into the rogue unit. Additionally, the EFF warned that if the equipment allegedly used by the unit was not recovered, it remained a risk to national security.