Spin battle was key against the Proteas, says Pakistan’s Babar

South Africa's wicket-keeper and captain Quinton de Kock however felt it was the batting that was the difference between the two sides. 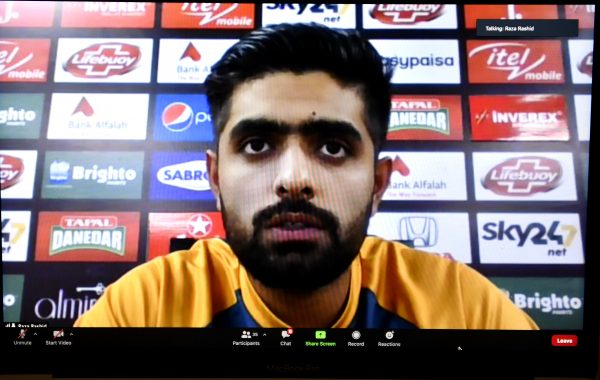 Pakistan captain Babar Azam said the spin bowling made the difference in the Test win against the Proteas in Karachi on Friday. Picture: Getty Images

Skipper Babar Azam praised spin bowlers Nauman Ali and Yasir Shah who shared 14 wickets between them to lead Pakistan to an emphatic victory against South Africa in the first Test in Karachi on Friday.

Nauman, the 34-year-old who was playing his first Test, took 5-35 while Yasir grabbed 4-35 to wreck the hopes of Quinton de Kock’s side and secure a seven-wicket win.

The South Africans, visiting Pakistan for the first time in 14 years, fell to 245 all out in their second innings on the fourth day.

Pakistan achieved the paltry 88-run target in 22.5 overs for the loss of three wickets to take a 1-0 lead in the two-match series.

The 34-year-old left-arm spinner Nauman finished with figures of 7-73 while leg spinner Yasir had 7-133.

Azam, who captained Pakistan for the first time in a Test, said his spinners were outstanding.

“It (the win) was a combination of everything that helped us. South Africa are a quality team, and we planned for the slower track and the combination with Nauman, who didn’t show any pressure, and Yasir broke them.”

Pakistan took a crucial 158-run lead by scoring 378 in reply to South Africa’s first innings total of 220 all out.

Fawad Alam smashed his third hundred with 109 while Faheem Ashraf (64) and Azhar Ali (51) were valuable contributors after Pakistan had slumped to 33-4 at close on day one.

“I had said before that partnerships will be key and Fawad and Azhar lifted us from 33-4, they showed their experience,” said Azam of the fourth wicket stand of 94.

“It gave us a boost. Fawad’s outstanding performance… anchored our innings.”

“The way Pakistan batsmen played spin and the way we batted against spin was the difference. They soaked up the pressure, so it was more about batting and not about bowling,” said de Kock, who scored a paltry 15 and just two in a pair of miserable innings on his 50th Test.

“To be honest, we actually were ahead at the end of the first day but 220 on this wicket wasn’t good enough.

“When you opted to bat first you need a big first innings score which we couldn’t get. I know we had them 33-4 and it was a good start to our bowling but we let ourselves down in the first innings.”

The second Test starts on February 4 in Rawalpindi.

Selection politics in cricket: Opinions clouded by past performances
6 hours ago
6 hours ago

Selection politics in cricket: Opinions clouded by past performances
6 hours ago
6 hours ago