Proteas bowlers in a spin ahead of second Pakistan Test

Coach Mark Boucher has admitted to an air of bewilderment over what conditions to expect in SA's second Test against Pakistan at the Rawalpindi Cricket Stadium. 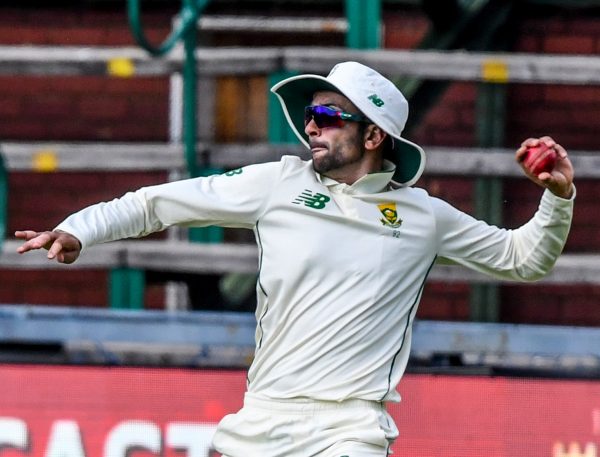 First-choice Proteas spinner Keshav Maharaj is suffering from a rib cartilage injury and is in doubt for the second Test against Pakistan starting on Thursday in Rawalpindi, and with wrist-spinner Tabraiz Shamsi’s fitness also in question after he withdrew from the first Test due to a back strain, South Africa could go from wanting to field three spinners to playing just one.

George Linde is definitely fit, but although he bowled tidily, he went wicketless in the opening match in Karachi and is very much the back-up to Maharaj, who took four for 102 in 34.1 overs in the first Test. But it would seem coach Mark Boucher would ideally like to play both orthodox left-armers, as well as another all-rounder in accurate seamer Wiaan Mulder.

“Keshav’s rib area is playing up. He has pain in that area and scans showed something is there – either a slight tear or a bruise of some sort,” Boucher said on Wednesday.

“He bowled quite a few overs today – 15 or so – and he said it was bearable, but we’ll wait and see how he is tomorrow. Only he knows if he can deal with the pain and I’ll have to trust his call on that.”

ALSO READ: Proteas bowlers aim to pile on the pressure against Pakistan – Nortje

Boucher admitted to an air of bewilderment over what conditions to expect at the Rawalpindi Cricket Stadium.

“The history of this ground shows that it is more seamer-friendly and there was quite a bit of grass on the pitch three days ago, but that had all been taken off yesterday (Tuesday) and the surface looks very dry,” he said.

“The locals aren’t sure either how it is going to play, but there has been a lot of talk about drying out the pitch because of the way we played in Karachi and making it spin-friendly.

“But there are also a lot of plates on the pitch. There’s going to be early-morning dew and we won’t get full days’ play because it gets dark early here.

“And if the Pakistanis themselves aren’t sure how it is going to play, we can’t be certain either, so we will try and cover both angles. And we’ll need a lot more mental application in how we play in these conditions.”

Opening batsman Dean Elgar, who was pinged on the hand by fiery left-arm quick Shaheen Shah Afridi in the first Test, has been pronounced “fit and ready to play”.