President Cyril Ramaphosa has signed the Cyber Crimes Bill into law. Here's what you can and can't do under the new act. 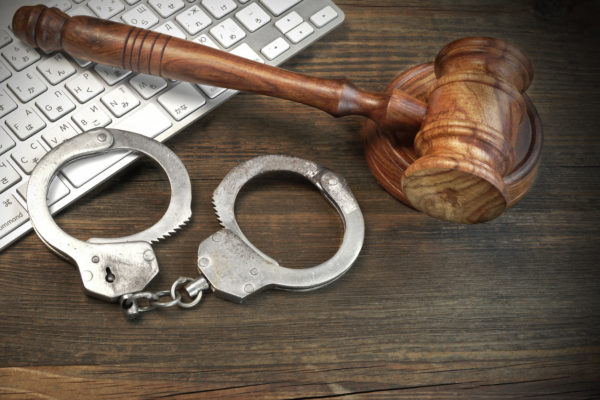 The new Cyber Crimes Act signed into law on Wednesday 2 June 2021 addresses the sharing and disclosure of messages or content which may be deemed harmful.

The bill was first proposed back in 2015 by the Department of Justice and Constitutional Development to address South Africa’s lack of legislation in this area and introduced to the National Assembly in 2017.

The proposed bill had undergone several changes since then, with critics worried its implementation would be too broad and too open to abuse. The bill was referred to and passed by the National Assembly and sent to the National Council of Provinces on 27 November 2018. By 1 December 2020, the bill was finalised, only requiring the president’s signature.

That said, even though the act has now been signed into law, it is not yet fully in effect. President Cyril Ramaphosa must still confirm the commencement date in the Government Gazette.

Take for example the POPI Act, which comes into effect at the end of June 2021 when it was signed by the president in 2013.

Under the new act of Parliament, three types of messages – which include data messages on social media platforms – could be deemed as “harmful” and may land the senders in hot water.

Any person who violates the act could face a fine, imprisonment of up to 15 years or both. Harmful data messages include:

Social media law specialist Emma Sadleir cites the example of a 14-year-old girl from Limpopo who was charged with assault after a victim of bullying died by suicide. The reasoning behind the charge is that a 14-year-old is able to appreciate the consequences of their actions and therefore is able to tell right from wrong.

There is a presumption that teens from the ages of 12 to 14 would not have criminal capacity. However, if they are educated, go to a good school and come from a good family, they should be able to appreciate the consequences of their actions.

There are already laws in place when it comes to children sharing illicit content, including nude photos. Under the Film and Publications Act it’s referred to as sexting.

When minors above the age of criminal capacity are involved in sexting and the sharing of illicit materials, it’s considered a criminal offence under the Sexual Offenses Act and dealt with in the same terms as the creation, distribution and solicitation of child pornography.

What you can and can’t do

You’ll need to think twice before responding to a troll on Twitter, or recording a video call without the other participant’s consent. To a large extent this includes cyber fraud, forgery, extortion and theft of incorporeal property.

Cliffe Dekker Hofmeyr, a full-service law firm, provided clarity on the types of cybercrimes addressed by the new act:

An offender, if convicted, could be liable to pay a fine or face imprisonment ranging from five to 10 years, or up to 15 years for aggravated offences, depending on the terms of the offense.

Preeta Bhagattjee and Aphindile Govuza from Cliffe Dekker Hofmeyr explain: “In the case of the offences of cyber fraud, cyber forgery and uttering, the act provides for broad penalties that could be imposed for anyone found guilty of any of these cybercrimes where a court will have the discretion to impose a penalty that it deems appropriate under section 276 of the Criminal Procedure Act 51 of 1977.”

The new Cyber Crimes Act will also change the way we interact with data and electronic devices, especially during a time when working from home has become the new norm.

For example, if an employee commits a cybercrime, businesses will be required to cooperate with authorities in terms of complying with search warrants and other directions issued by a court of law.

According to media law expert Richard Chemaly, the Cyber Crimes Act is a missed opportunity. He says it was rushed without giving full consideration to practical implications.

Chemaly says it’s clear the act aims to address serious issues faced in today’s cyberspace. However, the language used is broad and sometimes vague. This will lead to a significant amount of interpretation.

Ironically, the act takes existing criminal laws and applies them to cyberspace to avoid vagueness.

“For example, if interpreted directly, there can be no threats of violence. So, kids playing certain video games may have issues. I do love one thing, though, and that is the clarification that incorporeal property is classified as property for the common law crime of theft.”

Chemaly says this relates to the stealing of another person’s copyright or trademark, which is is also a criminal offence and classified as such. However, that may prove to be a difficulty for karaoke bars, cover bands and even producers who use samples.

“The act further empowers experts to assist the police with data management and gathering and prohibits service providers from hiding any knowledge of a crime, which, again interpreted strictly could mean anything from using a VPN to get a cracked version of Windows.”

He says at the end of the day, the act “seems to have good intentions but dangerously far-reaching powers”.

“We may have to wait for the Minister of Justice to release regulations before we know how the state intends to wield those powers.”