Rampedi's story of the so-called 'Tembisa 10' recently captured attention after the 'Pretoria News' claimed a woman had given birth to decuplets and broken a world record. 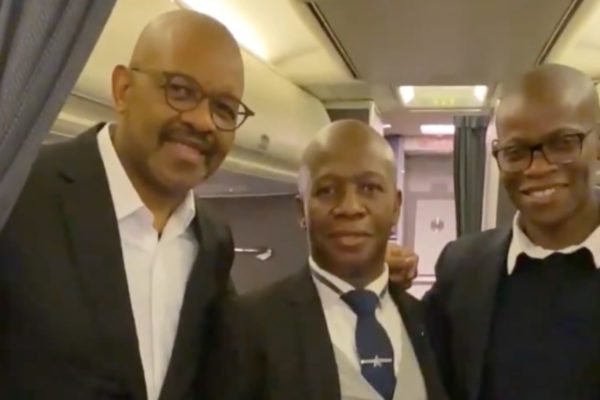 The Pretoria News editor, Piet Rampedi, has penned an apology to employees for the backlash regarding the Tembisa 10.

In an email sent to Independent Media’s editor-in-chief, Aneez Salie, which News24 has seen, Rampedi said he was full of “sadness and regret”, but stood by the fact that Gosiame Sithole was pregnant and gave birth.

Rampedi’s story of the so-called ‘Tembisa 10’ recently captured local and international attention after the newspaper claimed a woman had given birth to decuplets and, as a result, had broken a world record.

The national health department maintained last week there was no record of the delivery of decuplets in Gauteng.

Sithole was taken to a hospital for psychiatric evaluation.

In his email, Rampedi wrote: “I am sorry for the reputational damage the aftermath of the story has caused for the group, the company and my colleagues in general. I am fully aware that the story, and the general response, put all my colleagues in an awkward position and under immense public pressure.”

He continued: “To be blunt, the story provided detractors with an opportunity to cast aspersions on the professional integrity of not only myself, but also my colleagues in the group. For that, I am extremely sorry. It was unfortunate. And I would like to apologise to you, my colleagues and the group,” he said.

Rampedi said, although he stood by Sithole, he could have done more to verify some of the facts in the story.

“Even though I stand by the fact that Sithole was pregnant, some aspects of the story could have been dealt with differently. Could I have handled the story much better? Definitely! Especially the verification process. Quite honestly, I never treated the decuplets story as an investigation at all. I used no investigative tool or checklist,” read the email.

Rampedi said he knew the couple and had no reason to doubt them.

“They had no reason to lie to me about the pregnancy. For me, it was a story of celebration. Hence, I never demanded documentary proof of the pregnancy, such as scanners and clinic cards, for instance, as I would normally do with an investigative story. There was nothing to investigate, I thought,” he said.

“However, judging by the sudden turn of events and the reaction from the government and our detractors, I was wrong. It was not necessarily a feel-good story. It was an investigative story and ought to have been treated as such,” he added.

Rampedi said he had offered to have the interview conducted by another reporter, but the couple was not comfortable.

“The reality of the matter is that I did ask the couple whether they were open to the story being done by one of my reporters. They were not comfortable. They rejected the idea out of hand. They simply had trust issues around respect for their safety, culture and religion. They were paranoid, hence they took forever to agree to an interview,” read the email.

When News24 approached Salie, he said he would not be commenting on internal company matters.