As part of the requirements for candidates for the upcoming local government elections, candidates should not have been found guilty for any crime. 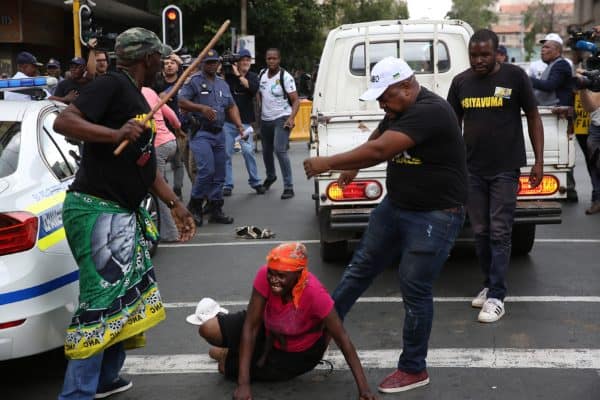 The ANC branch leader sentenced for kicking a woman outside Luthuli House during a 2018 protest has been nominated to be an ANC ward councillor in ward 62 in Hillbrow, Johannesburg.

But the ANC said his nomination was inconsequential, because Thabang Setona did not meet the requirements for selection.

Setona was captured on video and in photographs kicking 52-year-old Olivia Makete during a Black First Land First (BLF) march to Luthuli House in February 2018.

He was found guilty of assault with intent to cause grievous bodily harm and given a suspended one-year prison sentence.

Over the weekend, his ANC branch nominated him as one of four people to be the party’s candidate for councillor in the upcoming local government elections.

“He is not confirmed. He is one of the people nominated out of the four people. The report still has to go to list committee who will make a determination,” said ANC Johannesburg spokesperson Sasabona Manganye.

He said Setona did not meet the requirements to be an ANC representative because he was criminally charged and found guilty.

“Part of the requirements is that people must have not been found guilty of any crime,” Manganye said.

He said the provincial list committee would consider objections when making a final determination on the matter.

The ANC had enforced its step-aside resolution where party leaders criminally charged were forced to step aside until they cleared their names.

As part of the requirements for candidates for the upcoming local government elections, candidates should not have been found guilty for any crime.

In 2016, the ANC had at least 28 candidates who had criminal records or were facing serious criminal charges.