Lesufi says he ‘will act decisively’ amid R430m tender investigation

Lesufi vowed to act decisively once the SIU investigation is complete. 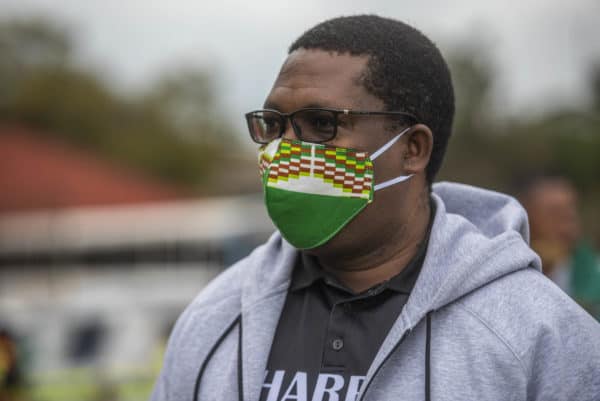 MECPanyaza Lesufi visit a shelter for the displaced in Lyttelton on April 27, 2020 in Tshwane, South Africa. Photo: Gallo Images/Alet Pretorius

Gauteng education MEC Panyaza Lesufi says he won’t be stepping aside despite an investigation into a R430 million tender scandal.

Speaking to eNCA, Lesufi said he would continue to hold his position while waiting for a report from the Special Investigating Unit (SIU) on the R430 million tender for sanitising schools.

Lesufi previously told News24 he was “dismayed” by reports that more than R430 million was spent in just three months.

The Gauteng Government Expenditure Disclosure Report, compiled by the infrastructure management directorate in the department, revealed that R431,274,959.17 was spent on sanitising schools between June and August 2020 was.

The report stated that prices for suppliers were based on the estimated square metres of the facility or school. Service providers invoiced the government on the basis of the affected square metres.

The DA has since asked the public to come forward with information on Lesufi’s alleged tender interference after City Press reported that Lesufi had been heard in a recording of a meeting where his department’s tenders were discussed with his team.

In the recording, he was heard saying that in the awarding of tenders “our people should be satisfied and looked after”, and when tenders are advertised there should be communication about it among those people.

‘I will act decisively’

Lesufi has reportedly vowed to act decisively once the SIU investigation is complete.

“I am one person that adheres to the law. The law is quite clear on my mandate and the issues that need it. I’ve never been directly involved in that transaction, nor my friends or people I am connected with politically or otherwise so it will really be irrational,” he told eNCA.

“The issue is, yes, it happened within the department, and as soon as I get that report I think everyone expects me to act and I will act and act decisively as I’ve indicated.”

SA and China to strengthen relations, fight Covid and boost trade
1 second ago
1 second ago

SA and China to strengthen relations, fight Covid and boost trade
1 second ago
1 second ago