NPA backtracks on Interpol red notices for the Guptas

Meanwhile, the case of suspected Gupta associate Iqbal Sharma and his co-accused has been transferred to the Free State High Court in Bloemfontein for trial. The matter will be heard in that court on 6 September. 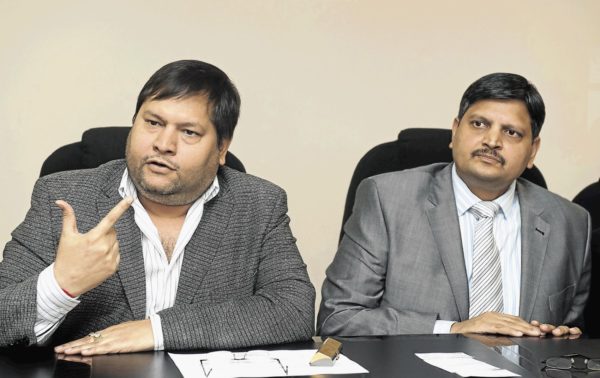 The National Prosecuting Authority (NPA) had backtracked on its statement that Interpol had issued red notices for the Gupta family.

In a statement on Monday, the NPA’s Investigative Directorate (ID) head, advocate Hermione Cronje, said efforts to bring back the Guptas had intensified.

However, on Tuesday, the ID corrected this statement.

ALSO READ: Interpol issues a Red Notice for the Guptas

The statement read:While it is correct that red notices have been issued for circulation among law enforcement entities of Interpol member states in respect of four of the eight accused before the Bloemfontein Regional Court; red notices for the four Gupta family members are still under consideration by the Commission for the Control of Interpol’s Files (CCF).

“The CCF is an independent legal body that ensures that all personal data processed through Interpol’s channels conforms to the Interpol Constitution, in particular Article 3, which ‘prohibits any intervention or activities of a political, military, religious or racial character’,” the statement read.

The ID added that the Gupta family members were on record before the State Capture Commission as being unwilling to travel to South Africa amid concerns that “the National Prosecuting Authority and other law enforcement agencies will be used and abused to prosecute them in circumstances where no case is made out to justify such a prosecution”.

“The CCF is duty-bound to consider submissions of this nature against the requirements of Article 3 before making a decision to issue a red notice.”

“We are confident that these notices do not violate the requirements of Article 3 in that they are neither politically motivated nor of a military, religious or racial character.”

ALSO READ: Guptas may want to escape Dubai, but kids and Atul don’t have passports

“In addition, attempts to extradite all the accused abroad are underway. In particular, the extradition request in respect of the four Gupta families to the UAE is awaiting confirmation of the presence of the family members in the UAE.”

Meanwhile, the case of suspected Gupta associate Iqbal Sharma and his co-accused has been transferred to the Free State High Court in Bloemfontein for trial. The matter will be heard in that court on 6 September.

The accused were arrested in connection with a R25 million fraud and money laundering case linked to the infamous Estina dairy farm project.What is a red notice?

According to Interpol, a red notice is a request to law enforcement worldwide to locate and provisionally arrest a person pending extradition, surrender, or similar legal action.

“Red notices are issued for fugitives wanted either for prosecution or to serve a sentence. This follows judicial proceedings in the country issuing the request. This is not always the home country of the individual, but the country where the crime was committed,” Interpol said on its website.

However, it was not an international arrest warrant, and Interpol cannot compel law enforcement authorities in any country to arrest someone who is the subject of a red notice.

A red notice typically contains information to identify the wanted person and information about the crimes they are wanted for.