The owners said it was difficult to estimate the amount of money they had lost, but the vehicles were priced from R90,000. 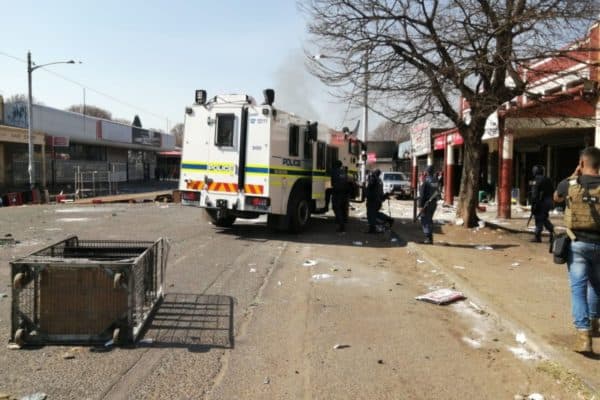 A car dealership in Malvern, Johannesburg, has been dealt a blow after rioters torched its vehicles.

News24 spoke with the two dealers who sell vehicles in Jules Street.

The two, who asked to remain anonymous, said their garage was torched on Saturday night and 32 vehicles were destroyed.

This after riots, which started in KwaZulu-Natal, reached Gauteng overnight in response to former president Jacob Zuma’s imprisonment.

Sections of the M2 highway were also closed after rioters blocked the road with burning tyres and rocks on Saturday night.

“Last night [Saturday night], I received a call from somebody. I saw a missed call – I called back and was told to quickly come to the garage. And as I arrived, all my cars [were] gone,” one of the dealers said.

“We don’t know where to start from and what will happen. And these cars are for people who brought them to the dealership for us to sell for them.

“They are going to be on our necks and we don’t know… It’s tough, the only thing is for us to go back to our country.”

The two men, who are from Ghana, said the incident had left them confused and traumatised – more so because they were not insured.

They have been in the business of selling cars for more than five years, adding they had not expected such an incident to happen.

The other dealer said: “We lost 32 cars – I am so [hurt]. It is really a shocking situation and we don’t know where to start. There is nothing we can do now…”

The two men added they were unable to clear the debris because the rioters were still in the area.

They added it was difficult to estimate the amount of money they had lost, but the vehicles were priced from R90,000.

One said the cars were badly burnt and would now need to be taken to a scrap yard.

Riots in the city have also resulted in certain services being cut.

The Rea Vaya Bus service said it had suspended routes due to the riots, while the Gautrain closed Park station, which affected train services between Rosebank and Johannesburg.