November’s Leonid meteor shower is associated with the Tempel-Tuttle comet which was first observed in 902 AD. The comet passes by Earth every 33 years. 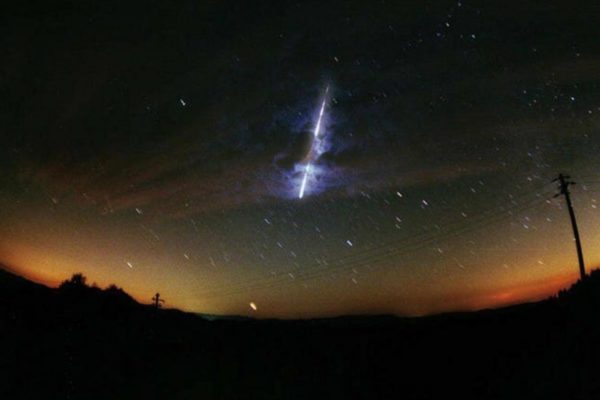 This NASA file image taken in 2000 shows a meteor streaking across the sky as the Leonid meteor showers appears from inside the Leo constellation. Photo: AFP/NASA file.

The Leonid meteor shower, also known as Leonids for short, gets its name from the Leo constellation. Depending on the weather, skygazers could see up to 15 streaks per hour.

The Leonid will be the brightest tonight (Tuesday, 16 November) and into the early hours of Wednesday morning. However, there will still be a chance to observe it later, albeit not as bright.

Even though it peaks on Tuesday evening and Wednesday morning, you will still be able to observe the meteor shower as it wanes until 30 November as well.

What are the Leonids

The Leonid meteor shower is associated with the comet Tempel-Tuttle. According to the National Aeronautics and Space Administration (NASA), it was first observed in 902 AD.

The comet passes by our humble region of space every 33 years, allowing us to see the particles left behind by Tempel-Tuttle when Earth passes through the icy meteoroid stream.

Leonids are also known for their fireballs and colourful trails if the conditions are right, as well as “earth grazer meteors” – shooting stars that move close to the horizon.

Experts say the Leonids are brightest whenever the Tempel-Tuttle comet passes by Earth, but unfortunately, it will only return in 2031.

Will the Leonids be visible from South Africa?

Indeed they will. NASA confirmed the Leonids are visible from both the Northern and Southern hemispheres, while the Bronberg Weather Station in Tshwane says:

“These brief streaks of light from meteors – sometimes called ‘shooting stars’ – peak on the 17th November 2021 when Earth moves through the centre of the dust trail left behind by the comet.”

However, don’t get your hopes up. If it’s cloudy in your region, it might hamper the streaks’ visibility. There’s also the waning gibbous moon set to light up the predawn night sky.

This stream is live from an observatory in Kiso, Japan.

Tonight’s meteor shower: Where to look

The Bronberg Weather Station suggests finding a nice, dark spot away from light pollution. Then, simply lie flat on your back if possible, and look up in the northeast direction.

Take in as much of the sky as you can. Do note that the Leo constellation does not come fully into view until after midnight, so ideally you’d want to set your alarm for 11pm or after midnight.

Don’t forget, South Africa still has a Covid-19 curfew in place. Your eyes will need about 20 to 30 minutes to adjust to the dark.

The best viewing opportunity is after midnight, when the constellation Leo rises above the horizon. Leonids can be viewed any place on Earth except Antarctica.