'Her death has dealt South African politics a huge blow. Local and international politics would never be the same'. 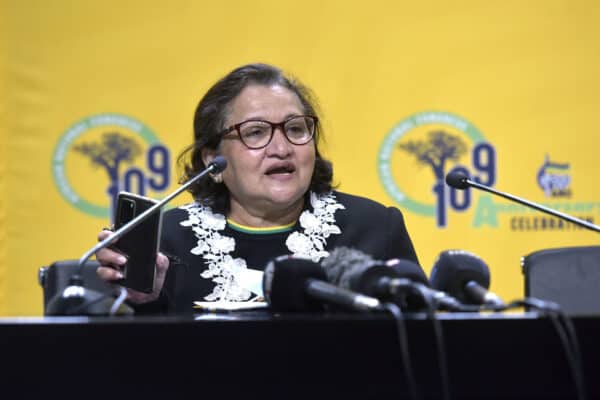 The late Jessie Duarte during the ANC NEC meeting on 6 July 2021. Photo: The Citizen/Neil McCartney

South Africa is still coming to grips with the loss of the ANC’s Acting Deputy General, Jessie Duarte, who passed away on Sunday morning.

Duarte will be laid to rest as per Muslim rites at the Westpark Cemetery in Johannesburg on Sunday afternoon at 2pm. A memorial service will be held on Thursday.

‘Country poorer without her’

The Thabo Mbeki Foundation described Duarte as a “stalwart of our liberation movement” who contributed to the birth of democratic South Africa.

“Our country is poorer without her!”

The foundation said it was saddened to hear of her death “following months of a brave fight against cancer”.

In addition, the National Freedom Party’s Canaan Mdletshe said her death has “left South Africa empty as she was not only a stalwart but a true servant of the people”.

Mdletshe said: “Duarte was an extraordinary leader, a social activist, an ambassador of hope, a human rights activist and a strong defender of the rights of women”.

He said she will be remembered for her humility and a good heart, adding that “local and international politics would never be the same”.

Humanity should not forget the role she played

Meanwhile, The Foundation for Education and Social Justice Africa (FESJA) said Duarte “has been kind to us as FESJA members and has helped us to develop in many ways”.

In a statement issued by the FESJA, Chairperson Lucky Thekisho said “humanity should not forget the role played by Duarte in the project of nation building.