Smokers and drinkers will have to dig somewhat deeper into their pockets to finance their guilty pleasures.

Excise duties will be increased as follows:

The table below highlights the increases: 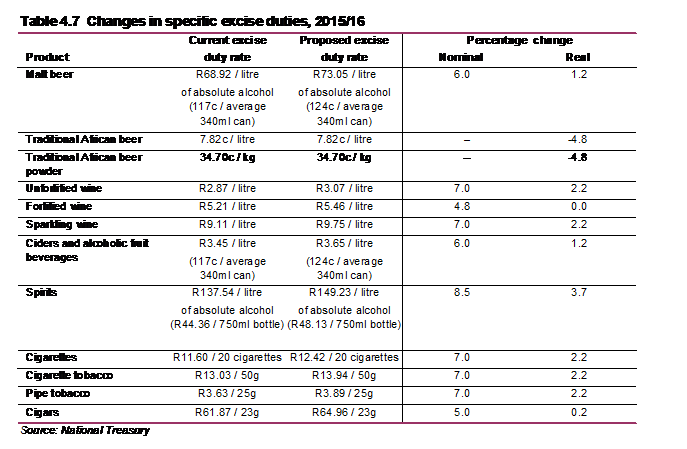 “The rate for these beverages will initially be linked to the excise duty for beer, and may be reviewed to ensure a level playing field with fruit-fermented beverages,” the Review stated.

One reform that is being considered is excise duty relief to wine-based spirits such as brandy.

“The rationale is that brandy is at a cost disadvantage compared with other forms of alcoholic spirits, because it takes 4 to 5 litres of wine to produce a litre of brandy. Sparkling wine accounts for a very small proportion of alcoholic beverage sales and the nature of this market results in large price discrepancies. This may require a review of the way the excise duty on sparkling wine is calculated,” the Review stated.