In the world of boxing, the rumour mill never really slows. In fact it's often the opposite with stories spreading like wildfire. 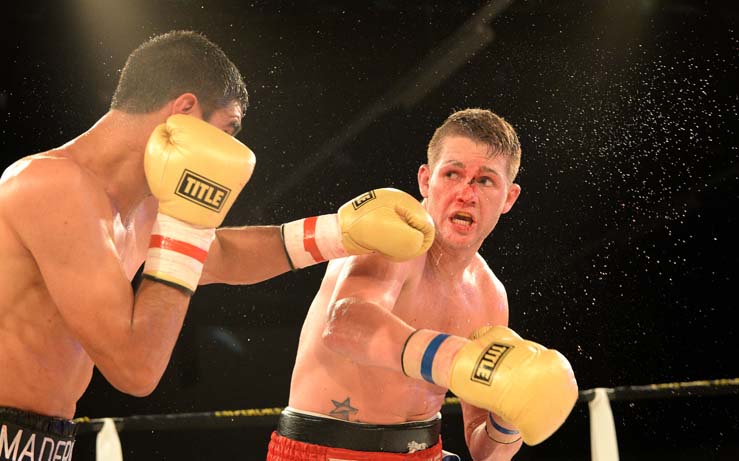 Social media websites have been buzzing since word got out that Tommy Oosthuizen and Ryno Liebenberg could be on a collision course for early next year.

While promoter Rodney Berman took to Twitter to try and douse the flames by saying the fight was “highly unlikely”, it appears at this early stage that there’s a definite interest.

Oosthuizen’s time at super-middleweight looks to have run out as he battles the scale. That factor coupled with the fact that he has gone off the boil, as his laboured showing against Ezequiel Maderna last weekend proved, makes this worth looking at.

It’s a fight Liebenberg, who will appear on the “Christmas Cracker” at Emperors Palace on November 26, is keen to take and the 30-year-old is eager to test his mettle against “Tommy Gun”.

“If you want to be the best you have to beat the best and he’s the best fighter in the country in our division,” Liebenberg said. “There are much easier fights out there in the world right now, but this is one that I want.”

It doesn’t even have to be for a title the “Lion”, who holds the WBC international silver, IBO intercontinental and IBO All-Africa titles, said.

“I don’t care, it can be 10 rounds. I just want to fight him. You aren’t a seven-time world champion if you’re not good, but I think his time is up.”

The fight would pit the boxing skills of Oosthuizen against the brawling style of Liebenberg.

“I think I could beat him. I wouldn’t think of a fight like this if I didn’t. It’s by far the toughest fight I’ll ever have. But why not?

“I’m a fighter and he’s a boxer, but he hasn’t been hit by anybody like me.”