The department of correctional services says this brings the number of cases to 149 countrywide. 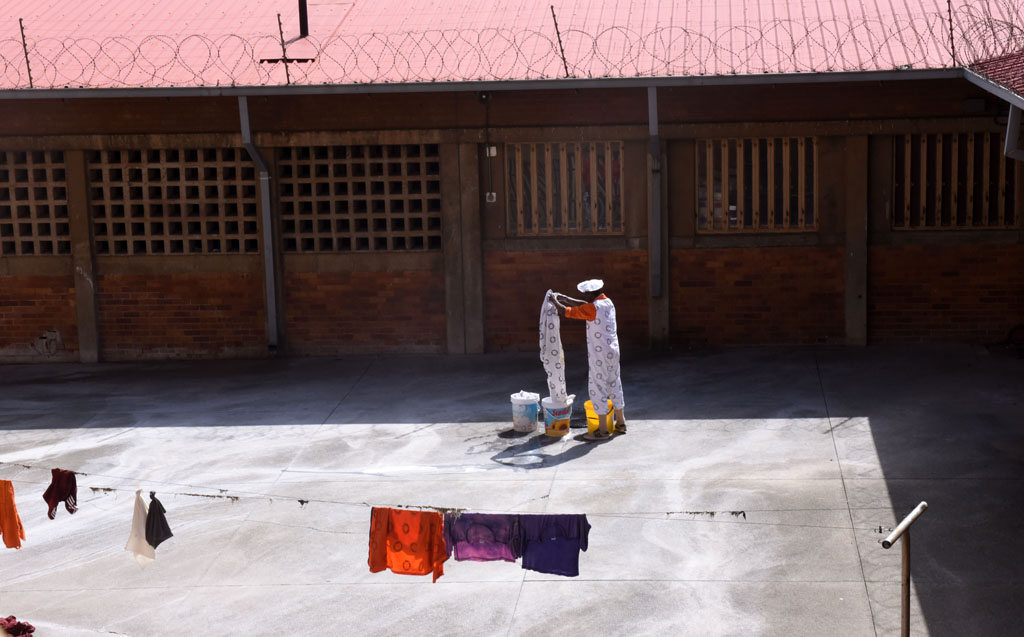 An inmate does laundry during Minister of Justice and Correctional Services Ronald Lamola's launch of Covid-19 screening campaign at the Johannesburg Prison, 8 April 2020. Picture: Nigel Sibanda

The number of Covid-19 cases at prisons in the Western Cape has increased, the Department of Correctional Services said on Saturday.

“New Covid-19 cases in the Western Cape have increased after three officials tested positive for the virus. This brings the number of cases to 149 countrywide,” department spokesperson Singabakho Nxumalo added.

Thus far, the Eastern Cape has the highest number of cases, with 35 officials and 56 inmates having tested positive. It has recorded a single recovery.

In the Western Cape, 42 officials and two inmates have been infected.

“One death is being investigated in the province,” Nxumalo said.

He added Limpopo had two cases and one recovery, while Gauteng had 11 cases – eight inmates and three officials.

Correctional services’ head office has recorded one infection – an official – and one recovery.

Nxumalo said containment and treatment were underway in the Western Cape.