'The mining sector has contributed substantially to 21% of all the new cases in our province,' Makhura said. 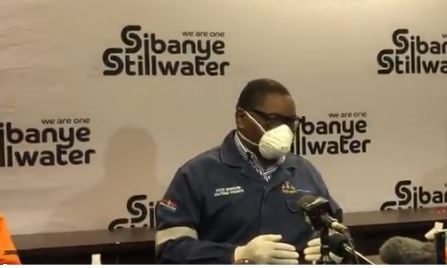 A presentation by Gauteng Premier David Makhura on Friday revealed the West Rand has seen a jump in active cases over the past eight days.

In the previous Covid-19 update by the provincial command council on 20 May, it was revealed the West Rand had 72 positive cases, which consisted of 43 recoveries, 26 active cases and three deaths.

Fast forward eight days, and the West Rand now has 306 positive case of which 58 are recoveries, 244 are active cases and four deaths.

This means active cases have jumped from 26 to 244 in eight days.

“You can now see that suddenly the West Rand coming from 26 active cases, now it has 244 and most of these cases have happened in Merafong, that Mponeng mine we visited.

“The mining sector has contributed substantially to 21% of all the new cases in our province,” Makhura said.

On Monday, News24 reported underground production at AngloGold Ashanti’s Mponeng mine had been closed until further notice after 164 people tested positive for Covid-19.

Johannesburg remains the district with the highest number of cases at 1 556, followed by Ekurhuleni with 693 and Tshwane with 436.

In addition, 203 people are currently hospitalised at public and private facilities in the province.

Of the 12 951 contacts traced in the province, 10 105 have completed the 14-day monitoring period with no symptoms reported and were subsequently de-isolated.

The allocation of cases in the province is an ongoing process.

New York orders police officers, firefighters to get vaccinated
22 mins ago
22 mins ago

New York orders police officers, firefighters to get vaccinated
22 mins ago
22 mins ago