Lockdown: DA takes up fight for hairdressers and salons

Cogta Minister Nkosazana Dlamini-Zuma has been given an ultimatum to respond to concerns by 2pm on Wednesday or the DA would seek litigation. 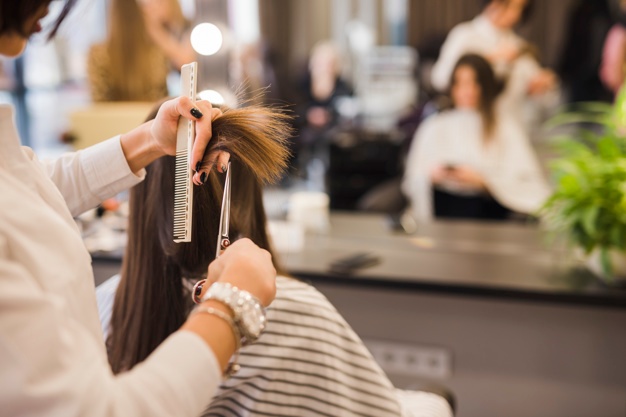 After the Western Cape High Court dismissed an application by the hairdressing industry to be allowed to operate during alert level 3 of the lockdown, the DA has picked up the battle and is threatening to take the government to court over the same matter.

The DA announced, in a statement by its trade and industry spokesperson Dean McPherson on Tuesday, that it would go to the courts regarding the ban on hairdressing.

McPherson, who described the ban as continued criminalisation of the personal care services industry, gave Cooperative Governance and Traditional Affairs (Cogta) Minister Nkosazana Dlamini-Zuma an ultimatum to respond to concerns by 2pm on Wednesday or the DA would seek litigation.

The party has written a legal letter to Dlamini-Zuma over what it termed as the “irrational, arbitrary and unlawful” continued ban on the personal care services industry.

The letter, by Minde Schapiro and Smith attorneys, complains that the government has not provided any evidence to support its stance.

It requests the minister to explain which cabinet member was responsible for issuing the directions in terms of Item 7 in Table 2 of the amended disaster management regulations, which speaks to the continued ban of hairdressing, beauty treatments, makeup and nails salons [sic] and piercing and tattoo parlours.

It also asks the minister to explain when the prohibition will be lifted, the criteria to be used by the relevant minister when lifting the ban on personal care services, as well as the criteria used when the government decided to allow for religious gatherings to resume.

Last week, President Cyril Ramaphosa announced the government had acceded to the faith-based community’s request to congregate, but it could only happen with no more than 50 people gathered.

More sectors in the country opened on Monday, under level 3, but personal care, including hairdressers, tattoo parlours as well as restaurants, bars and taverns were to remain closed, except for the delivery or collection of food or alcohol in some cases. Conferences, events, entertainment and sporting activities remain banned.

The government said it was still engaging as to how some of the affected industries, including tourism, could be reopened with safety protocols in place.

“Our litigation will especially be for the sake of the single mothers and the young entrepreneurs, who have no other source of income than the personal care services they provide, often from their homes and other low rent venues,” said McPherson.

McPherson slammed the government for not attempting to halt the expected job losses.

The National Treasury says the country’s workforce could reach up to 50% unemployment due to the coronavirus outbreak.

During the hearing of the application, the high court heard that around 600 hairdressers were pleading for food supplies. The court was also told that hair professionals had trained for at least three years, which included training in proper sanitation, and that the industry was ready and capable of following proper safety and hygienic protocols.

“It is very clear that these businesses are able to comply with sanitation protocols, and have the ability to track and trace any client or employee who may have come into contact with anyone infected by Covid-19,” said McPherson.

He said hairdressers were able to adopt physical distancing measures to prevent the spread of the disease among employees and clients.