This after the government said it was temporarily halting the rollout of AstraZeneca’s vaccine after preliminary data from a clinical trial found it gave minimal protection against mild-to-moderate infection caused by the 501Y.V2 variant. 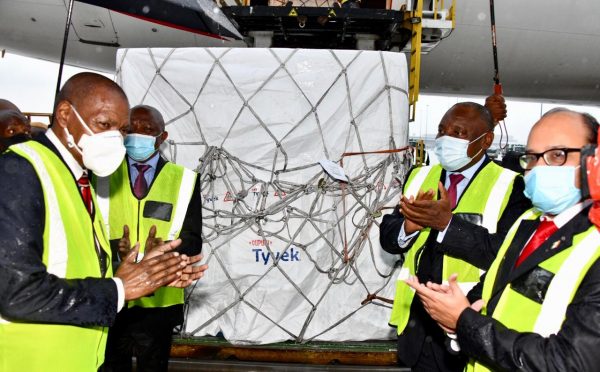 South Africa received its first batch of one million doses of Covid-19 vaccine from India on Monday. Picture: GCIS

South Africa has reportedly asked the Serum Institute of India (SII) to take back the consignment of one million doses of the Oxford-AstraZeneca vaccine that arrived in the country earlier this month, according to The Economic Times.

This after the government said it was temporarily halting the rollout of AstraZeneca’s vaccine to healthcare workers after preliminary data from a clinical trial found it gave minimal protection against mild-to-moderate infection caused by the dominant 501Y.V2 variant discovered in South Africa.

Earlier this month, Health Minister Dr Zweli Mkhize said the Department of Health will continue with the planned phase-one vaccine rollout using the Johnson & Johnson vaccine instead of the AstraZeneca vaccine. He said the J&J vaccine has been proven effective against the 501Y.V2 variant.

The first batches of 80,000 J&J vaccines were expected to arrive in the country this week.

Mkhize had previously stated that the AstraZeneca vaccine had not expired yet. He said scientists would continue with further deliberations on the use of the vaccine in South Africa and depending on their advice, the vaccine will be swapped before the expiry date of 30 April 2021.

“By exchanging unused vaccines before the expiry date, the Department of Health will ensure that the acquired AstraZeneca vaccines do not become wasteful and fruitless expenditure,” the minister said.

Mkhize also said other countries had expressed an interest in buying the AstraZeneca vaccine from South Africa.