182 more Covid-19 related deaths were reported, bringing the total number of deaths to 83,343. 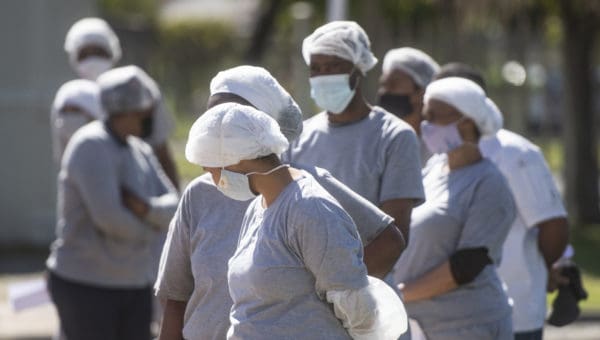 As of Saturday, 4 September, the cumulative number of detected Covid-19 cases in South Africa is 2,814,014 with 8,411 new cases identified, the National Institute for Communicable Diseases (NICD) confirmed.

This represents a 15.5% positivity rate.

16,708,682 tests in total have been conducted to date in both public and private sectors. The country currently has 144,025 active cases.

A further 255 hospital admissions were reported in the past 24 hours. The total number of vaccines administered in the country so far stands at 13,430,600.

Anti-vaccination protesters clash with police in London as some try to storm the offices of the UK regulator that approves vaccines, with police saying four officers were hurt.

The European Union and UK-based drugs giant AstraZeneca announced that they have reached a settlement in a dispute over a shortfall in vaccine deliveries.

The first cases of the Delta variant of Covid-19 have been recorded in Niger, which until now has been relatively spared in the pandemic.

Pandemic lockdowns and travel restrictions caused dramatic but short-lived improvements in air quality and drops in pollution, the UN says.

Singapore will start giving coronavirus vaccine booster shots to the elderly and those with weak immune systems as cases rise despite high inoculation rates.

The United States added far fewer jobs than expected in August as businesses grappled with the Delta wave of Covid-19.

The UK government’s independent advisory body on vaccines says it will not recommend jabbing all 12- to 15-year-olds against coronavirus, arguing the benefits were “too small”.

The island of Langkawi will this month become the first Malaysian holiday hotspot to reopen to domestic travellers, kicking off efforts to revive the coronavirus-battered tourism industry.

The coronavirus has killed at least 4,539,397 people since the outbreak emerged in China in December 2019, according to an AFP compilation of official data.

Based on the latest reports, the countries with the newest deaths were the US with 1,549, followed by Mexico with 993 and Russia with 799.