The department says the investigation was completed, but the report will be kept under wraps, as it is to be used during the disciplinary process. 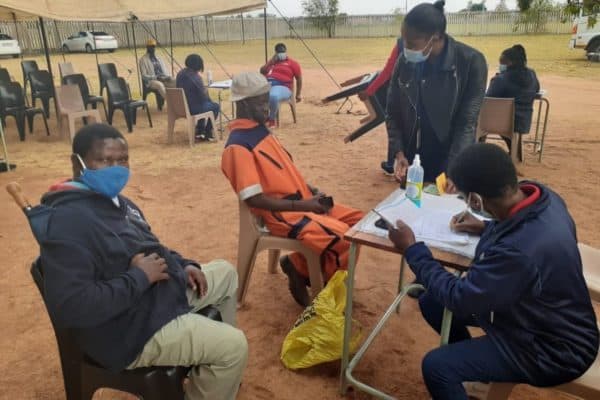 The North West health department will not yet make public the findings of an internal investigation into allegations Covid vaccination was withheld from black people in favour of their white counterparts.

In August the department was rocked by a vaccination racism scandal when three officials were suspended for allegedly withholding Covid-19 vaccines from black people at the department’s Tswaing sub-district last month.

The senior officials, including the sub-district manager, allegedly denied vaccines to black patients at a local vaccination site, claiming they were out of stock and then then allegedly mobilised members of the local white community for vaccination.

Three weeks ago the department said the investigation was complete and they were awaiting the report, but departmental spokesperson Tebogo Lekgethwane said they had elected not to make the report public.

He said the report will only be made public after the disciplinary proceedings, which he said could start at any day from now.

To counter the impact of the scandal, the department has had to ramp up its Covid vaccine awareness campaign and also appointed an acting sub-district manager to ensure smooth inoculation in the Tswaing sub-district in Delareyville.

North West has surpassed the one million mark for vaccine doses administered, but has remained one of the country’s worst-performing provinces in terms of vaccination.

The slow pace of vaccinations has been blamed on vaccine hesitancy, misinformation on social media, and difficulty in accessing farming communities.

Gauteng had the highest number of people vaccinated at 4.89 million, followed by Western Cape at just over 3-million people vaccinated, and then KwaZulu-Natal with 2.9 million jabs administered.

The National Education, Health and Allied Workers’ Union (Nehawu) in the province has lamented that it was battling to get an update on the investigation.

The union has said that all the officials, including nursing manager and a nurse at the Delareyville Community Health Centre, were white, but this was yet to be confirmed by the department.

“The department is mum now on the issue,” the union’s provincial secretary Patrick Makhafane lamented.

Teachers urge colleagues to vaccinate
7 days ago
7 days ago

Teachers urge colleagues to vaccinate
7 days ago
7 days ago