Three children and four women, including the mother of a baby brought ashore to Italy's Lampedusa island, are among the missing. 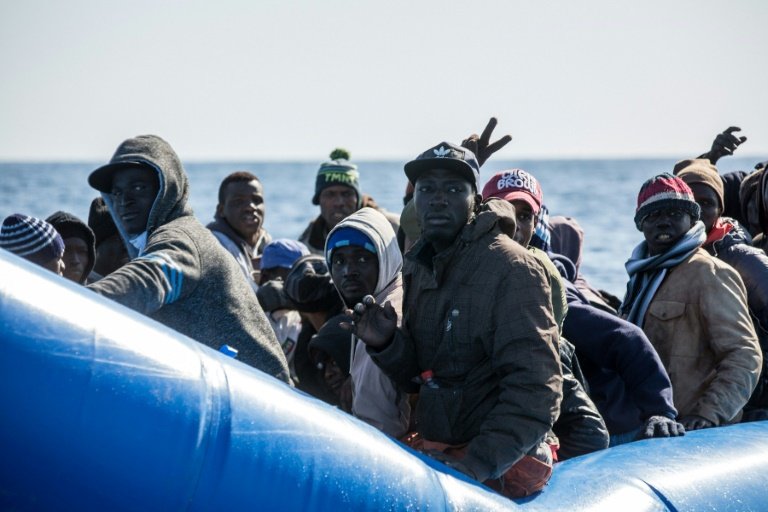 Thousands of migrants from sub-Saharan African countries have lost their lives in recent years attempting to cross the Mediterranean in unseaworthy boats. AFP/FEDERICO SCOPPA

They were among the 120 passengers of a dinghy that left Libya on February 18, the UN Refugee Agency (UNHCR) and the International Organization for Migration (IOM) said.

The dinghy started taking in water after about 15 hours at sea, and eight people died before a merchant vessel came to help, a joint statement by the groups said.

“Many [more] people lost their lives at sea” during a “difficult and delicate [rescue] operation”, during which only one body was recovered, the statement added.

Three children and four women, including the mother of a baby brought ashore to Italy’s Lampedusa island, are among the missing.

UNHCR and IOM said they heard “detailed testimonies” of the shipwreck from 77 survivors who were taken to the Sicilian port of Porto Empedocle.

The central Mediterranean migration route is known as one of the world’s deadliest.

The UN agencies said about 160 migrants and refugees have died so far this year trying to reach Europe from North Africa.

US envoy to Haiti resigns, slams migrant deportations
2 days ago
2 days ago

US envoy to Haiti resigns, slams migrant deportations
2 days ago
2 days ago