Macron's Together alliance won 244 seats, far short of the 289 needed for an overall majority. 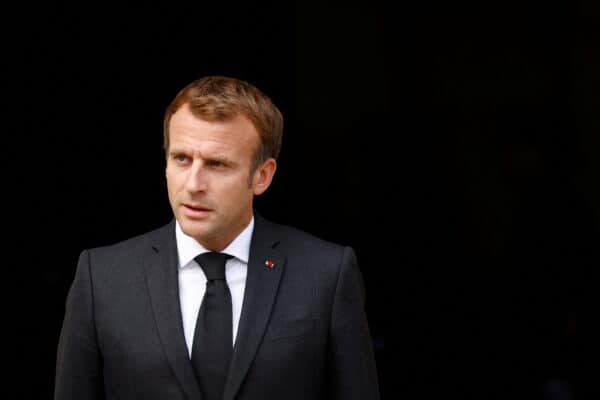 French President Emmanuel Macron and his allies were scrambling Monday for a way to avert political deadlock after losing their majority in parliament, a stunning blow for the president and his reform agenda.

Macron’s Ensemble (Together) coalition emerged as the largest party in Sunday’s National Assembly vote, but was dozens of seats short of keeping the absolute majority it has enjoyed for the last five years.

A surge by the far right and wins by a united left-wing destroyed the dominant position of Macron’s deputies, who for five years had backed the president’s policies without fail.

The left-leaning Liberation daily called the result a “slap in the face” for Macron, while the conservative Figaro said he was now “faced with an ungovernable France”.

Macron’s Together alliance won 244 seats, far short of the 289 needed for an overall majority, in a low-turnout vote that resulted in an abstention rate of 53.77 percent.

Macron, who has not yet commented on the results, met Monday with his embattled Prime Minister Elisabeth Borne and two top allies, former premier Edouard Philippe and centrist leader Francois Bayrou.

The election saw the new left-wing alliance NUPES become the main opposition force along with its allies on 137 seats, according to the Interior Ministry.

But it appears unlikely the coalition of Socialists, Communists, Greens and the hard-left France Unbowed will be able to retain common cause in the legislature.

He said it would not be a full-on merger but simply an effective “alternative” force in parliament, though the offer was immediately rejected by the three other NUPES parties.

Meanwhile the far-right under Marine Le Pen posted the best legislative performance in its history, becoming the strongest single opposition party with 89 seats, up from eight in the outgoing chamber.

A confident Le Pen said her party would demand to chair the National Assembly’s powerful finance commission, as is tradition for the biggest opposition party.

“The country is not ungovernable, but it’s not going to be governed the way Emmanuel Macron wanted,” Le Pen told reporters Monday.

Melenchon meanwhile said he would bring a motion of no confidence against Prime Minister Borne in early July, when she is to lay out her policy priorities for the next five years.

Borne, who was elected to parliament in her first-ever political race, could now be vulnerable as Macron faces a new cabinet shake-up after several of his top allies lost their seats.

His health and environment ministers were beaten and by tradition will have to resign, as did the parliament speaker and the head of Macron’s parliament group.

“My fear is that the country is paralysed.”

“It’s a turning point for his image of invincibility,” said Bruno Cautres, a researcher at the Centre for Political Research of Sciences Po.

‘A lot of imagination’

The options available to Macron range from seeking to form a new coalition alliance, passing legislation based on ad hoc agreements, or even calling new elections.

The most likely option would be an alliance with the Republicans, the traditional party of the French right, which has 61 MPs.

But LR president Christian Jacob insisted that his party intended to “stay in opposition”.

“We are entering into a period that is unprecedented and uncertain,” Jean-Daniel Levy of Harris Interactive France told AFP. “There is no ready made deal for a government.”

Macron had hoped to stamp his second term with an ambitious programme of tax cuts, welfare reform and raising the retirement age. All that is now in question.

A prominent MP from Melenchon’s party, Alexis Corbiere, said Macron’s plan to raise the French retirement age to 65 had now been “sunk”.

In a rare bit of good news for the president, Europe Minister Clement Beaune and Public Service Minister Stanislas Guerini — both young pillars of his party — won tight battles for their seats.