How Zuma loyalist Dlamini mocks Zuma and his ‘radical’ promises

Even when the social development minister sounds comprehensible – which is not often – she undermines Zuma's 'radical economic transformation'. 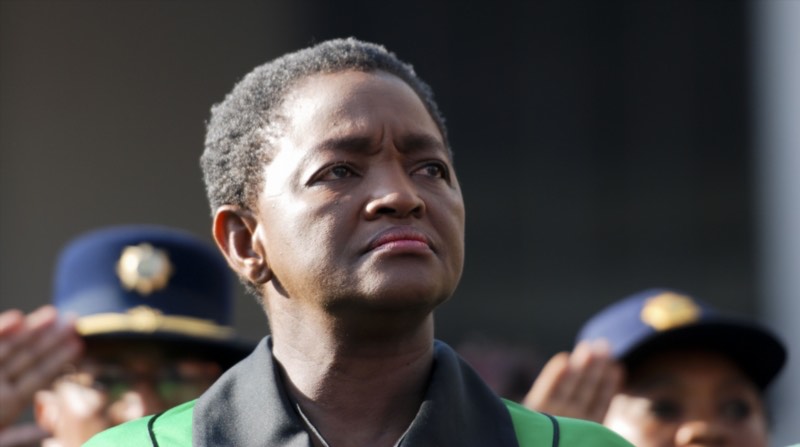 The saying goes that one must never waste a good crisis.

Well, the Sassa mess is probably the most scandalous crisis South Africa has faced since 1994 and, if grants are not paid out come April 1, the social impact will be devastating. The political fallout is, at this point, unknown.

The cynic in me says this is the ideal crisis for President Jacob Zuma not to waste. He must now demonstrate his verbal commitment to the ideal of holding civil servants to account – especially those appointed as ministers.

This case has to involve more than mere incompetence; there is a strong possibility that there is corruption involved here.

In fact, if there ever was a case for an urgent commission of inquiry into the conduct, or rather lack of conduct, of Sassa and its leadership, this is it.

But don’t expect Zuma to act.

He hasn’t done so since taking office. Think Nenegate, the Nkandla ruling, the Supreme Court of Appeal’s 783 charges ruling, the state capture report, and the perpetual ratings downgrade risk – he did not stand up after any of these events. The leader is absent without leave.

Admittedly, Zuma’s office did issue a 112-word press statement on the matter, which merely stated that the president asked Finance Minister Pravin Gordhan and Social Development Minister Bathabile Dlamini to “sort it out”. (It’s worth noting that a statement issued a day later by the presidency on Zuma’s state visit to Jakarta was a more comprehensive 575 words).

These Sassa developments highlight government’s (in)ability to implement Zuma’s “vision” of “radical economic transformation”. In fact, Dlamini and Sassa’s incompetence and inefficiency have made a mockery of it.

Did Zuma even flinch when he watched Dlamini’s performance during Sunday’s diabolical press conference? Or when she denied responsibility for the mess, when she appeared before the standing committee on public accounts? Does he feel shamed by the actions of his ministers?

Surely Zuma must have gasped at Dlamini’s answer to a question in parliament on whether her department took radical economic transformation seriously?

She said: “We are people-centred. We must take it [presumably referring to grant payments] to the people. The economy must revolve around people and right now it is the big retailers that get the money … I don’t have a problem, but we must give people an opportunity to develop.”

This doesn’t even make sense.

But moving on. Unfortunately, Sassa is not the only example of the state’s ineptitude – although it may have a much bigger impact on South Africa’s stability. Other examples include SAA, Eskom, Prasa, the SABC and PetroSA.

South Africa’s president does not regard incompetence and inefficiency as good enough reasons to fire a minister. (On the contrary, Nhlanhla Nene’s firing suggests the opposite.)

But let’s speculate on who could crack the nod for this portfolio if Dlamini were to get the axe.

The names of Brian Molefe and Nkosazana Dlamini-Zuma spring to mind. I’d bet that there would be a more mooted public outcry if one of them was  appointed – there could even be a belief that they would reduce the incompetence of the department.

The ANC elective conference in December cannot come soon enough. There is a growing swell against Zuma and his clique, and these scandals give this swell more momentum.

Hopefully this Sassa mess is the final straw that affects “radical political transformation”.