Ramaphosa needs to put an effective anti-graft policy in place

The reputation of the country, once known for 'South African exceptionalism', is being ruined by an endless stream of corruption horror stories. 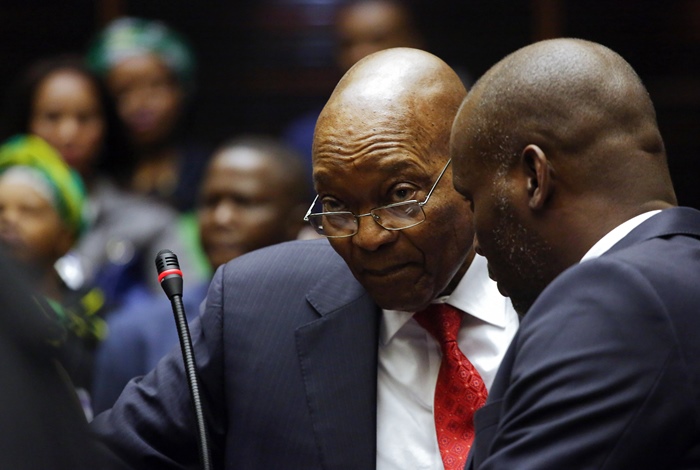 There is a phenomenon that helped South Africa punch well above its weight in international circles for years after it was once again accepted back into the arena following the demise of the apartheid state.

This phenomenon, combined with the charm of world-respected statesman Nelson Mandela, allowed this small African country to do business with huge countries such as Russia, China, India and Brazil, whose economies are much bigger than South Africa’s.

In fact, analysts have suggested that South Africa should not have been a part of an economic bloc like Brics at all because other economies such as Nigeria’s are bigger than ours. But this phenomenon of “South African exceptionalism” worked in the country’s favour.

That exceptionalism meant the world viewed us differently from the “rest of Africa” and the developing world. Our constitution was even the envy of developed countries.

But that shine is wearing off. In the past, corruption stories such as the arms deal were seen as the exception rather than the rule, and the fact that state institutions such as the public protector were seen to be acting on alleged corrupt practices allowed the country to still trade off the goodwill that came with its exceptionalism.

But the gloves are off now. When a world institution such as The New York Times does an exposé on Deputy President David Mabuza and his corrupt practices on his rise to power, then not even the title of being known as “Mandela’s country” is going to propel us forward.

Unfortunately for South Africa, when people do a search on the country, the deputy president’s rise to power will come up on that search. It will detail how money meant for poor schools that still use pit latrines was siphoned off to fund his iron grip on Mpumalanga.

More damaging, though, will be the revelation that our current president did a political deal with him so that he can assume the highest position in the ruling party.

A casual glance of the leading stories over the weekend confirms we are no exception to the corruption rule. In the past decade, one could be excused for thinking that graft and corruption were synonymous with Jacob Zuma and the Guptas.

But revelations are that state attorneys in collusion with private attorneys have been running a sophisticated syndicate that has been siphoning billions from state coffers.

If legal professionals see fit to engage in elaborate schemes to steal from the country through bogus and nonexistent claims against the state, then the roots of the corruption run deep.

And for those cynics who think the corruption problem is married to the ruling party, it must be sobering to hear of corruption on a grand scale in the DA-led Tshwane metropolitan municipality.

In a scheme similar to that which tarnished Julius Malema’s name in Limpopo, it is alleged an engineering consulting firm has been hired to play middleman in all engineering projects in the city, making untold millions in the process.

If Ramaphosa is to gain any traction in turning around the country’s fortunes and reputation, he will have to have a clear and effective anti-corruption strategy in place.