If younger voters are shunning the polls, re-educating the existing and willing voter through voter education programmes should be the focus. 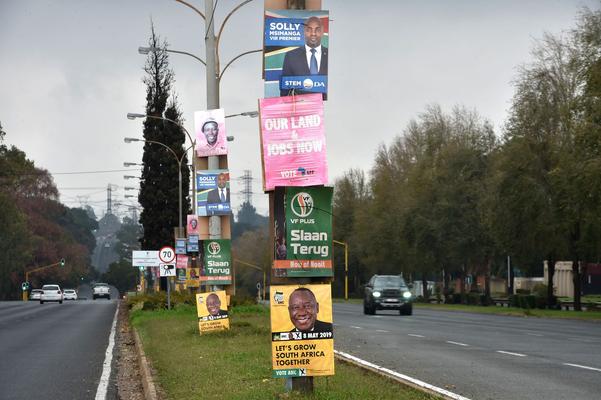 Several reports from research groups indicate that young South Africans just couldn’t be bothered about voting. Dwindling numbers at the polls is something politicians the world over have had to contend with for a while now, so disillusionment with democratic processes is not unique to South Africa.

What is of concern to political parties is of the voters registered to vote, it would seem party loyalties decide voting patterns instead of voting being based on assessments of the previous electoral promises measured against delivery. And political parties are to blame for this rigidity in voting loyalties.

The historic 1994 poll saw voter apathy at its lowest point for obvious reasons. The novelty of voting combined with the excitement of the dawn of democracy just drew voters to the polls. The promise of the ballot was simply too tantalizing to ignore for voters.

And the choices were easier too. Most parties had no track record in government and thus no track record of unfulfilled electoral promises. But there was something significant that was undertaken then that benefitted our fledgling democracy: voter education.

A combination of high illiteracy among voters, as well as a highly charged political climate, made it necessary for extensive voter education campaigns to be conducted.

The current crop of political leadership are running bland and unimaginative election campaigns simply based on criticising the ruling party without offering practical alternatives for voters to latch onto.

And then they complain that the ruling party is depending on “voting fodder” and illiteracy to stay in power.

The gloss has obviously worn off the “vote because your vote was earned through spilt blood and sacrifice” exhortation to young voters. This probably appeals to the older voters whose memories of the dark days are still fresh and thus turn out to vote simply on sentiment.

And this is what parties should have focused on in their campaigns: a new brand of political and voter education to turn sentiment into a vote to defend the “blood and sacrifice” that brought about the right to vote in the first place.

If younger voters are shunning the polls, as is indicated by polls by GroundUp and the Ichikowitz Family Foundation, re-educating the existing and willing voter through imaginative voter education programmes should be the focus.

It is a cop-out to hide behind the supposed illiteracy of the ruling party voters instead of campaigning effectively.

If the idea that fear of loss of benefits such as pension grants and child grants is what drives the so-called illiterate voters to keep voting for the ruling party, it’s a no-brainer that between elections the opposition should be spending a lot of time with those voters, teaching them not only how to vote for their party, but why benefits due to them constitutionally don’t depend on who they vote for.

Posters of politicians smiling off lampposts and fences do very little to sway voters. It is the work on the ground that wins hearts and minds. This is why every poll is predicting the red berets will be the biggest movers this election: long before the election was proclaimed, they spent a lot of time in the townships educating them on the power of their vote.

The time to complain about food parcels buying votes is over. Parties need to spend time educating voters that they can eat the food parcels and still vote wisely.